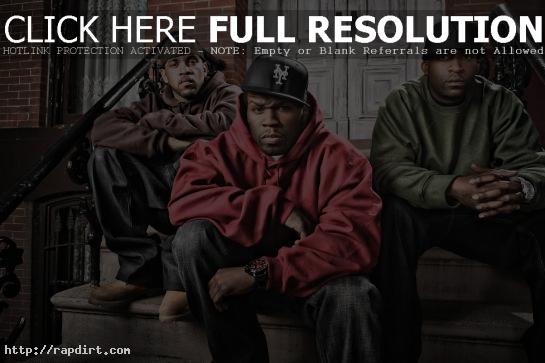 50 Cent tells XXL magazine the days of him financing his G-Unit crew are over. 50 explained, “Whether I got to give them $500,000 or $300,000 … Just ’cause they want $300,000 more to make what they [are] doing at the time comfortable. Like, ‘yo, I want to get this new place over here.'” The rapper said he recently called a meeting and told the artists at his label that the free ride was over. “Laze was there as representation of M.O.P., Havoc and Prodigy,” he explained. “Banks, Buck. Spider was on the phone. Olivia was there. Sha Money was there. I broke it down. I told them I wouldn’t be assisting them financially anymore. Pretty much I was telling them I wouldn’t be there. [In the past] they’d make a lot of money and spend a lot of money and have me there to fix it.” Read more.

«Macromantics Set To Open For Lily Allen, But Doesn’t Like Her
Lil Rob ‘Just 1 Of Those Days’ Video»

One thought on “50 Cent Cuts Off G-Unit Crew”