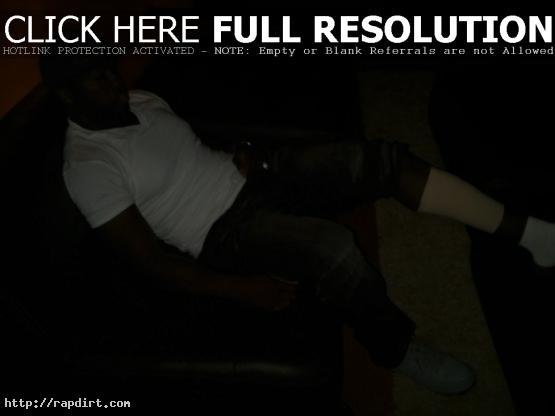 50 Cent checked in with his Twitter followers (@50cent) earlier this evening after injuring himself on a bicycle, vowing to not play around no more on no bikes following the incident that happened after he got chased by a dog. The G-Unit mainman tells readers:

That’s the last time I’m ever getting on a bike im ridding a mother f**king dog came running after me.

I hope this mother f**ker aint broke. It feel like I got a head ache in my leg

I’m a smoke some kush see if this sh*t stop hurting. lol

Look I don’t use drugs but little sh*t be hurting more then big sh*t I some ice on it.

Alright alright I’m cool now I’m get me a stick and f**k that dog up. I what house he ran out off

Them crazy ass white kids be falling off them skate boards hard as a mother f***er man I don’t know how they do that sh*t.lol

Skateboarding is a way of life I ain’t wit it. You can break yo neck f**king around jumping down stairs