T.I. & Wife Arrested For Possession Of A Controlled Substance

T.I. could be facing a lengthy stay behind bars after getting arrested along with his wife after police smelled what they believed to be marijuana coming from the rapper’s car. The couple were charged with possession of a controlled substance in West Hollywood following a traffic stop, Los Angeles sheriff’s deputy Mark Pope told The Associated Press. “Deputies smelled a strong odor of marijuana emitting from the vehicle,” the department said. “A narcotics investigation ensued” that resulted in the arrests. T.I. is on 3 years probation following a 7-month prison sentence on gun charges.

TMZ has photos of the car, with styrofoam cups in front and back, prompting their speculation that codeine syrup may be the drug they’re getting busted for.

Earl ‘DMX’ Simmons pled guilty four times in three different cases at the same time, including one count of cruelty to animals, one count of possession of narcotic drugs, theft, and possession of marijuana. The Maricopa County Attorney’s Office says the rapper is expected to receive a minimum 90 days in jail and will receive no credit for time served. Read more and watch footage of DMX in court at TMZ.

Kanye West was arrested on Thursday for helping smash a paparazzo’s camera on the floor at Los Angeles International Airport as TMZ cameras recorded the incident. The rapper was arrested shortly before 8 a.m. along with his manager, Don Crowley, on investigation of felony vandalism. Charles Davis, who solicits charity donations at the airport, told MSNBC he witnessed the incident, and that West was “attacked” by paparazzi, and the rapper “just defended himself”. Read more at msn.com and watch the footage below.

The Los Angeles Times reports Warren G was arrested for having enough pot to assume he and Ryan Butler, a driver of a car he was riding with, intended to sell it. The pair were arrested in Hollywood on Sunday after being pulled over around 1:40 AM on suspicion of running a red light near Hollywood Boulevard and Wilcox Avenue. Read more.

Reuters reports federal agents arrested Grammy Award-winning rapper T.I. on Saturday (October 13) on charges of buying illegal machine guns, hours before he was due to star at the BET Hip-Hop Awards. “This convicted felon allegedly was trying to add several machine guns to an already large and entirely illegal arsenal of guns,” David E. Nahmias, U.S. Attorney for the Northern District of Georgia, said in a statement. “Thanks to the good and quick work of ATF, he is now in custody and his firearms have been seized.” Check out the affidavit and search warrant at TMZ.com.

Trick Daddy was arrested on disorderly intoxication and resisting arrest charges after a fight at the Tootsie’s Cabaret strip club in Miami early Tuesday, authorities said. The rapper, who smelled of alcohol, was cursing and “threatening staff at the club,” the report said. Police repeatedly asked Young to leave the club, but he refused. A video report from wsvn.com has since been removed.

Remy Ma was arrested Saturday on charges of attempted murder in a shooting outside a trendy Manhattan nightspot, police tell The Associated Press. “I ask everyone to keep an open mind,” attorney Scott Leemon said. “Things are not always as they seem.” He said an arraignment would be likely be held on Sunday.

MTV News reports Young Jeezy was arrested outside a strip club in the Atlanta area on Thursday morning. According to police, the rapper was busted for disorderly conduct following a verbal altercation with several off-duty undercover police officers moonlighting as security guards at the Strokers Club in Clarkson, Georgia. Jeezy was charged with the local ordinance violation and was ordered to pay a $280 fine. There’s no word yet on whether he will have to return to court to settle the charges.

The Game Arrested At Glendale Home

The Game posted bail early Saturday on suspicion of making criminal threats, police said. Jayceon Terrell Taylor, who was arrested at his Glendale home on Friday night (May 11), posted $50,000 bail around midnight and was released from the lockup at the Los Angeles Police Department’s 77th Street Station, said an officer at the station who declined to give his first name. An officer with LAPD Media Relations said the arrest stemmed for an alleged crime committed in February. The Game sticking his tongue out at the camera told ABC7, “I want to say that I’m not guilty, and I love California.” 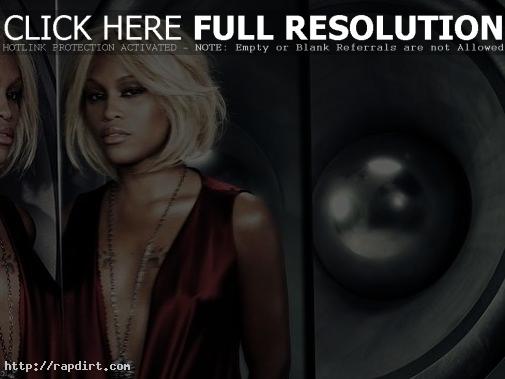 The Associated Press reports Eve was arrested for investigation of driving under the influence after she crashed a Maserati at 2:45 a.m. on Hollywood Boulevard early Thursday. The rapper was booked on misdemeanor drunken driving and posted $30,000 bail. She is scheduled to return to court May 17th.