Jermaine Dupri weighed in on the start of President Barack Obama’s term and what he views as his first big move. “Barack Obama has done what none of the other Presidents has been able to do,” JD writes over at the Huffington Post. “Not Clinton. Not Reagan. Not no one. He instilled caring into the bodies of people like me who used to think it didn’t matter either way who was in charge… People are so politically engaged with this new president we have a nation of backstreet drivers and it’s always gonna be that way. They’ve got something to say every time Obama does something. They still need to let him have his lane, but I guess it’s healthy to make some noise if it comes from a place of caring. I’ve never heard so much conversation about a president in my lifetime.” Read more. 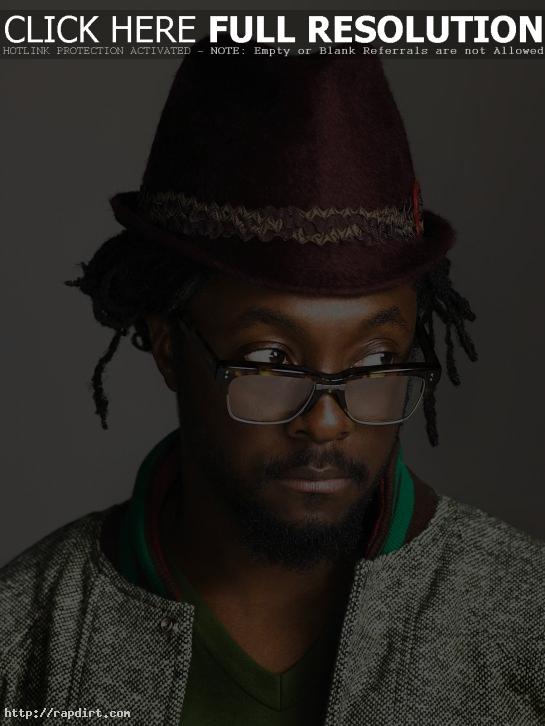 will.i.am of the Black Eyed Peas shared his thoughts about what ran through his mind following the U.S. Presidential debate between Barack Obama and John McCain on Friday night. The Obama supporter writes:

‘The O’Reilly Factor’ host Bill O’Reilly blasted Virginia Tech during his Talking Points segment on Wendesday (August 15), notably university president Dr. Charles Steger, for choosing Nas to perform at a back to school Memorial Concert in memory of the shooting victims. “After 32 human beings are murdered at Virginia Tech a concert welcoming students back features a guy who traffics in violent lyrics,” O’Reilly moaned. “How disturbing is this?” O’Reilly spoke with Center for Neighborhood Enterprise’s Robert Woodson and hip hop journalist Bakari Kitwana about the controversy.

Video at FoxNews.com has since been removed.

Now my talking points on this issue… Unlike many of Bill’s attacks on hip-hop, given the situation at Virginia Tech, he has a valid point here. But I would say that he probably wouldn’t go after an actor who played in a violent role at some point giving a commencement at the school, unless that’s all the actor is known for. Well in Nas’ case, he’s known for a wide variety of lyrical topics and has a large catalog of songs. If he avoids his songs with violent lyrics at the event, and given this is a lineup of several acts, his set is probably short enough where this could be easily accomplished, then there shouldn’t be a problem. If Nas disrespects the memory of the victims of Seung-Hui Cho and raps about guns and killing, then O’Reilly should have carte blanche to hammer him… He’ll deserve it only then.

Adrian of TrinaFan.com posted a news update the other day claiming that Trina had been hospitalized on June 28th “due to internal bleeding” and discovered she had a miscarriage. The item was posted like a news story to the fan site, but it was never reported anywhere before being sent to TrinaFan.com. The unnamed source uses odd quotes referring to Katrina Taylor as “the rap star” and “the 5 foot 2 raptress”, illogical descriptions for a source to describe a patient. The webmaster, after being asked by Trina’s publicist to remove the item, wrote, “However, keep in the mind the news is not false. Why would someone make something like that up?” That last reference makes it apparent TrinaFan.com’s source was not someone Adrian knew or trusted, but rather a randomly sent e-mail Adrian assumed was true.

Additionally, posters at the site have questioned the medical claims made. The gossip recalls past fabricated rumors suggesting Kelly Rowland was pregnant, Tommy Hilfiger was racist on ‘Oprah’, Bow Wow being molested by his bodyguard, or Ciara actually was a man, all later proven to be despicable fabrications.

The Show Didn’t Benefit By Censors

Robert Hilburn, pop music critic of The Los Angeles Times, weighed in on Kanye West’s controversial remarks on NBC’s ‘A Concert for Hurricane Relief’ and the networks’ decision to censor “George Bush doesn’t care about black people” from the program’s west coast airing. Hilburn writes, “Whether we agree or disagree with West’s impassioned riff on media and government racism, the network’s relentless self-promotion was by far the more offensive part of the broadcast.” With more Katrina musical specials coming up, Hilburn suggests, “In planning these events, the executives should look at tapes of “America: A Tribute to Heroes,” the two-hour special that was carried by all the major television networks and dozens of cable channels shortly after the Sept. 11 terrorist attacks. The focus that night was entirely on the music: no commercials, no audience, not even introductions as the singers, including Bruce Springsteen and Neil Young, took their turns onstage. It was a night totally without showbiz ego.” The story at truthout.org has since been removed.

Kanye West: My Man Of The Hour

Mr. Irreverent of SOHH.com blogged about how Kanye West made him proud on Friday by proclaiming “George Bush doesn’t care about Black people” on NBC’s Concert For Hurricane Relief. “Anyone could have called out George Bush. However, Kanye made me proud because of HOW he called out Bush,” he writes. “He choose the right words at the right time. Kanye could have easily said, ‘Fu** George Bush’ but he would have come off as an a**hole. He could have also plugged his album, ”Late Registration’ in stores now’. But Kanye shared his 15 minutes of fame with all of us who have been watching the television with tears in our eyes.” The full posting at sohh.com has since been removed.

Felux: Kanye West Is My Hero

Writer and activist Justin Felux came to the defense of Kanye West following the rapper’s remarks on NBC’s Concert For Hurricane Relief on Friday. “‘We’ve never seen anything like this before.’ I have heard this phrase repeated several times by newscasters describing the devastation wrought by Hurricane Katrina,” Felux writes. “However, as I watched the footage of all those black bodies desperately trudging through dirty flood waters, I realized that I actually had seen something exactly like this before. It was one year ago, when Hurricane Jeanne slammed against the coasts of Haiti, a country which like New Orleans is both poor and black… The United States rendered so little aid as to be insignificant, and before long the entire incident had faded from the minds of most Americans. There were few cries of outrage over the fact that this country couldn’t care less about the deaths of thousands of black people, but devotes countless hours of TV time to the latest Missing Pretty White Girl (I believe at the time it was Dru Sjodin, not Natalee Holloway). But people dying in Haiti is one thing. Americans have always found it easy to dismiss the deaths of those from other countries, especially when those countries are full of dark-skinned people. But who would think our government would allow something equally devastating to happen to people on our own soil — to people who are full-fledged American citizens (in theory, anyway? Enter Kanye West.” Read more.

Kanye West was one of my favorite artists but now he disgusts me and I will never listen to him again. Our president did not cause this tragedy nor does he deserve to be accused of not caring about black people. Everyone from the Mayor to the President and even the citizens need to take responsibility for not insuring the safety of there cities. For not securing and holding evacuations at a city level with buses, carpools, airplane, boats or helicopter. Unfortunately, now we must look forward and contribute with money, volunteering and prayer. Our president is doing the best he can, so is FEMA, Red Cross, etc are doing the best they can to help people …. Not just black people. But people. Its bullsh** to try to attack the president with comments of not caring about black people just Bullsh**!!! Kanye, you are out of line and disgust a lot of us. Granted I do agree help was slow but Kanye’s comments about the president are idiotic.

Liberal blogs are coming out mostly in favor of Kanye West after stating “George Bush doesn’t care about black people” on Friday night’s Concert For Hurricane Relief on NBC. AMERICAblog writes, “That men deserves a medal. And he’s right.” And Mark Williams at Dembloggers.com added, “Kanye West is mostly right but he couldn’t have chosen a worse spot to say it. I can assure you that the people down in the gulf don’t give a sh** about petty politics right now. Sure, Bush is a horrible leader and much of the mess down in New Orleans can be pinned on his budget cuts but a benefit concert is no place to be saying this kind of stuff.” Meanwhile, conversation over at DemocraticUnderground and AllHipHop.com has been overwhelmingly positive for Kanye’s remarks.

Conservatives are in full-barrel attack mode on Kanye West after stating “George Bush doesn’t care about black people” on Friday night’s Concert For Hurricane Relief on NBC. Michelle Malkin writes, “West may be Time’s ‘smartest man in pop music’, but he also happens to be a tinfoil-hat conspiracist who raps about how the government invented the AIDS virus and a petulant sore loser who delivered a tirade at the American Music Awards when he didn’t get a trophy. NBC can’t say it wasn’t forewarned.” Confederate Yankee added: “NBC allowed these ignorant, hateful comments to go on-air, potentially alienating 1/2 of potential donors, just to get a political dig in at the President. I’m livid, not because of West’s attack on the President, but because this will cost the victims of Hurricane Katrina.” And right-wingers over at FreeRepublic.com haven’t been this outraged at a musician since Janet Jackson’s Super Bowl breast flash.