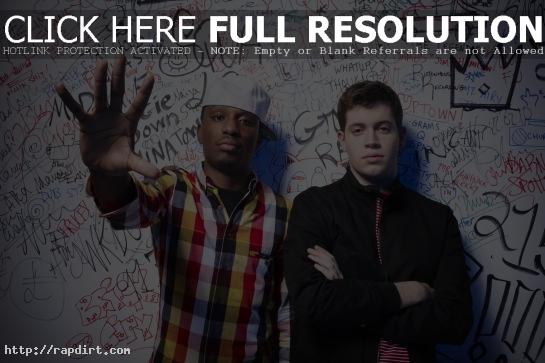 AOL’s Popeater spoke with Chiddy Bang’s Chidera “Chiddy” Anamege and Noah Beresin, aka Xaphoon Jones in a Q&A, asking the Philadelphia hip hop duo what their creative process is like as a duo and whether they write lyrics first or lay down the beats.

Xaphoon: The beats first, definitely. I make something, chop it up. I’ll make a bunch of beats, send it to him.

Xaphoon: With him, it’s like the two-second rule. If his eyes go crazy in two seconds, I know it’s going to be a good song. And if they don’t, I know I’ve gotta go back to the lab and work on it until they do.

Check out the rest of the discussion at popeater.com.