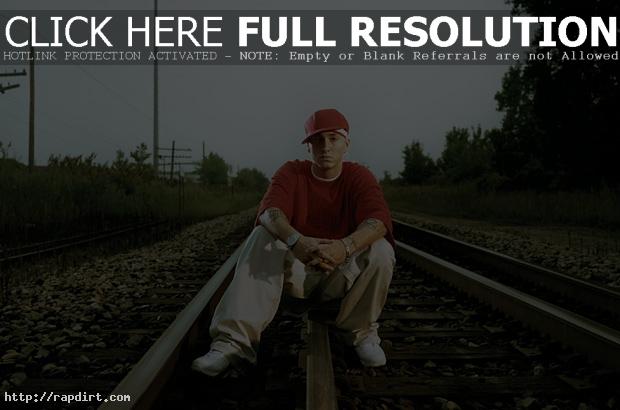 The Las Vegas Review Journal has a rundown of Eminem’s visit to Las Vegas for the MAGIC convention this week to promote his Slim Shady clothing line, including a stint at ghostbar, where a MTV documentary camera crew taped the rapper telling bargoers: “Free drinks on the house!” Palms hotel owner George Maloof got stuck with a sizeable tab, “but it was well worth it. This was right up there with the Britney (Spears) concert,” he said.