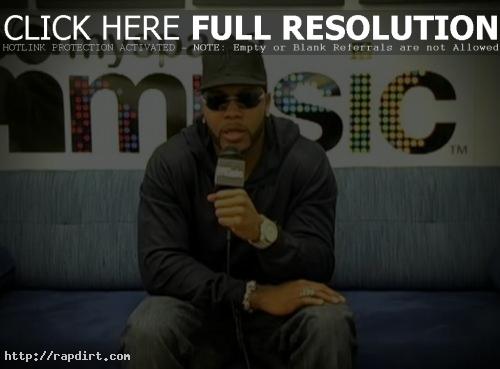 Flo Rida stopped by the MySpace Music office in Los Angeles ahead of the Grammy awards, answering fan questions directly pulled from MySpace Hip Hop’s blog. The rapper discussed the new album ‘Route of Overcoming The Struggle’ and its first single ‘Right Round’, the Grammy’s and his early struggles including losing his duffle bag in LA and having the bomb squad thinking it was a bomb. “I wanted to come with something that was different,” Flo Rida says of his sophomore CD. “That would basically hit every angle as far as the older crowd as well as the younger crowd. It’s a record that has a lot of club potential as well. Like life of the party. Creating this record that’s what I was trying to aim for.” Watch the interview via MySpace below.