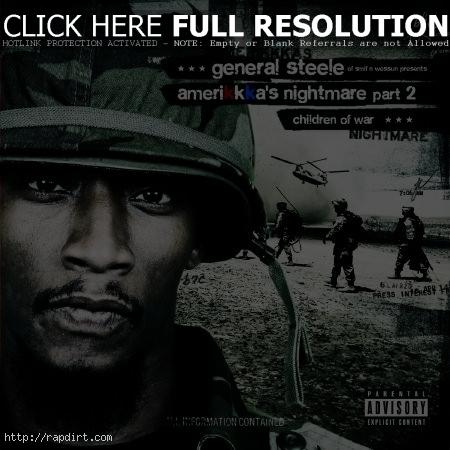 ‘Amerikkka’s Nightmare Part 2’ highlights change that must occur in America. General Steele states: “America the beautiful has an ugly past. It is the people who live in this great country who have struggled relentlessly to establish this country under the basic common human and constitutional rights that all people should have. These rights have at times been suppressed and our vision of a “land of the free” has been compromised. Some people are complacent with the state of our nation, others are speaking out.”

Watch an expose of Artists & Community Activists living in America who express their views on the current situation of America below and check out the album track listing after the cut.