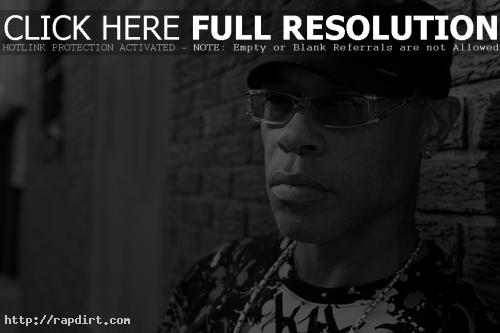 GangStarr and Jazzmatazz founder Guru passed away Monday morning (April 19) after a long battle with cancer. Guru suffered from the malicious illness for over a year but after numerous special treatments under the supervision of medical specialists failed, the legendary MC succumbed to the disease. Guru always tried to keep this harrowing diagnosis in private but in early 2010 he had to admit himself to hospital due to serious effects caused by the disease. Since the onset of illness, Guru tried to live a “normal” life as an influential and outstanding musician, loving father, family man, and best friend. Doctors encouraged Guru to think positive that the cancer can be arrested and that a full recovery is possible but several special treatments including hard hitting chemotherapies failed. While in hospital with terminal cancer, Guru knew that his destiny is sealed and he took the time in the last couple of weeks to write some words to his fans addressing his illness, his shining music career, his family and loved ones including his best friend and longtime partner Solar.

I, Guru, am writing this letter to my fans, friends and loved ones around the world. I have had a long battle with cancer and have succumbed to the disease. I have suffered with this illness for over a year. I have exhausted all medical options. I have a non-profit organization called Each One Counts dedicated to carrying on my charitable work on behalf of abused and disadvantaged children from around the world and also to educate and research a cure for this terrible disease that took my life. I write this with tears in my eyes, not of sorrow but of joy for what a wonderful life I have enjoyed and how many great people I have had the pleasure of meeting,” read Guru’s official statement which the legendary MC has written down in the last weeks.

My loyal best friend, partner and brother, Solar, has been at my side through it all and has been made my health proxy by myself on all matters relating to myself. He has been with me by my side on my many hospital stays, operations, doctors visits and stayed with me at my home and cared for me when I could not care for myself. Solar and his family is my family and I love them dearly and I expect my family, friends, and fans to respect that, regardless to anybody’s feelings on the matter. It is my wish that counts. This being said I am survived by the love of my life, my sun KC, who I trust will be looked after by Solar and his family as their own. Any awards or tributes should be accepted, organized approved by Solar on behalf myself and my son until he is of age to except on his own.

I do not wish my ex-DJ to have anything to do with my name likeness, events tributes etc. connected in anyway to my situation including any use of my name or circumstance for any reason and I have instructed my lawyers to enforce this. I had nothing to do with him in life for over 7 years and want nothing to do with him in death. Solar has my life story and is well informed on my family situation, as well as the real reason for separating from my ex-DJ. As the sole founder of GangStarr, I am very proud of what GangStarr has meant to the music world and fans. I equally am proud of my Jazzmatazz series and as the father of Hip-Hop/Jazz. I am most proud of my leadership and pioneering efforts on ‘Jazzmatazz 4’ for reinvigorating the Hip-Hop/Jazz genre in a time when music quality has reached an all time low. Solar and I have toured in places that I have never been before with GangStarr or Jazzmatatazz and we gained a reputation for being the best on the planet at Hip-Hop/Jazz, as well as the biggest and most influential Hip-Hop/Jazz record with ‘Jazzmatazz 4’ of the decade to now. The work I have done with Solar represents a legacy far beyond its time. And we as a team were not afraid to push the envelope. To me this is what true artists do! As men of honor we stood tall in the face of small mindedness, greed, and ignorance. As we fought for music and integrity at the cost of not earning millions and for this I will always be happy and proud, and would like to thank the million fans who have seen us perform over the years from all over the world. The work I have done with Solar represents a legacy far beyond its time and is my most creative and experimental to date. I hope that our music will receive the attention it deserves as it is some of the best work I have done and represents some of the best years of my life.

Guru’s longtime partner and best friend, Solar, issues an official statement about the lost of the legendary MC, read below:

The world has lost one of the best MCs and Hip-Hop icons of all time — my loyal best friend, partner, and brother, Guru! Guru has been battling cancer for well over a year and has lost his battle! This is a matter that Guru wanted private until he could beat it but tragically this did not happen. The cancer took him. Now the world has lost a great man and a true genius. For the fans that reached out with love and support, I can’t tell you how much that meant to Guru and myself. Guru prepared this letter while he was in the hospital for the fans. I hope now that Guru has moved on to a better place! Guru is a great Black American Hero and should always be remembered as such and he is much more that just a Hip-Hop icon — he has changed the world for the better. I salute my fallen brother Guru! He will be missed tremendously!