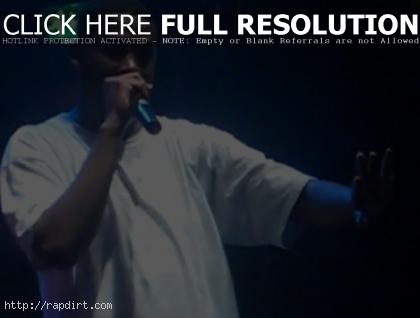 Gza of Wu-Tang Clan commented on Soulja Boy and 50 Cent during a concert at Koko in London, England on Sunday night (December 9), telling the audience he expected the material on YouTube. While alluding to Soulja Boy being on television all the time in the U.S. and resisting any personal attacks, the audience members who did want to diss either artist were welcomed to his microphone. Gza then said to 50, “So what, go got a lot of money now… fu** you! You got a lot of money ni**a, you don’t got talent. You got a lot of fu**in record sales, you got a lot of money, but you don’t got talent, motherfu**er.” Gza then handed the mic to an audience member – twice – who said, “50 Cent and Soulja Boy suck di**.” As for the Wu, Gza said, “Wu-Tang is forever, motherfu**er.” Watch the clip below.