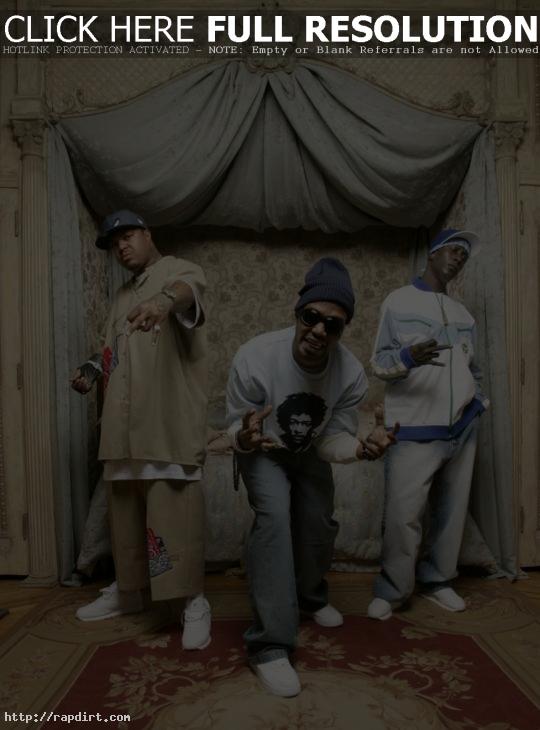 ‘Hardball’ host Chris Matthews blasted the Academy for awarding Three 6 Mafia the best song Oscar on Sunday night for ‘It’s Hard out Here for a Pimp’, from the movie ‘Crash’. Reverend Al Sharpton was on the panel and largely agreed with Matthews, while conservative radio talk show host Michael Smerconish was surprisingly the least concerned about the decision. Read on for a transcript.

MATTHEWS:  That‘s not as far as it got.  I want to you watch this. This is from a hip hop group. Let‘s take a look at the winning song.  This is the one that all the academy voted for as the best song in any movie last year.  It is called it‘s called, “It‘s Hard out Here for a Pimp.”

MATTHEWS:  Reverend Sharpton, looking at that as white guy, middle class, at least I was middle class, if you want to keep the people down, sell that crap.  Could not believe all those whites in that academy voted for that stuff.  That‘s the best music of the year?

SHARPTON:  Absolutely.  If you are going to take Clooney‘s statement about being out of touch and being ahead of the curve, and then come with a song like that, to infer that this is making some political or cultural statement, that‘s very offensive to me.

I do a syndicated radio show for syndication.  I open it up on
the airwaves today.  And 99 percent of the people that called were absolutely offended and outraged by it.  I‘ve been travelling all weekend, everywhere I talked about the nomination.  We‘re doing a march April 1 in New Orleans Reverend Jesse Jackson has called.  I travelled with him this weekend.  People are outraged.  We‘re not trying to get rights for pimps.  We‘re trying to get rights for people who work and raise their children.  If that‘s Hollywood‘s statement, I think that it is a very offensive statement.

MATTHEWS:  Is this trendy left as we used to say?  Radical chic?  Where a bunch of White people living in San Fernando Valley
think this is a way to stick it to blacks by saying this is the best you can do.  What is the statement that this is the best talent in Hollywood.
Look at the actors in the audience.  Why did they pick this group to celebrate?

SMERCONISH:  I think you‘re putting too much thought into the process.

MATTHEWS:  Every member of the academy voted on this and they said this was the best music in Hollywood this year of all the movies that came out.  They wanted to pick this out.

SMERCONISH:  In five years, if you have me back, neither of us
could ever remember the name of the group that you just showed on HARDBALL
tonight.  That‘s the reality.  I think everybody wants to be cool and feel like they‘re part of the drill.  I have kids in my white suburban community wearing baggy pants thinking they‘re part of the action.

MATTHEWS:  It‘s not exactly “As Time Goes By,” is it, Michael?

SMERCONISH:  It is ridiculous.  It isn‘t talent.  None
of this is talent.

SHARPTON:  Michael, the bad side of that is you don‘t want a 3-year-old kid walking around singing, it‘s hard out here for a pimp, thinking it is all right and it is cool.  Forget the name of the group.  The impact is what‘s disturbing to me.

SMERCONISH:  Reverend Al, I‘m with you on this.  The B word being uttered last night I thought was outrageous.

SHARPTON:  I think it was.  On some level, I think all of
us as Americans have to say, we can disagree politically, but to project that to young Americans, when you have a lot of good young American artists, I think was wrong.

It is about inspiring people to maybe be creative someday, maybe be
an actor someday.  It‘s not about encouraging people to be pimps.
Thank you, Michael Smerconish.  Thank you, Al Sharpton.