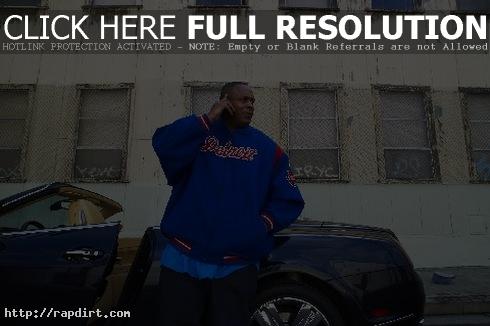 Herukhuti Ausar of Money Over Death is getting ready to drop with his street LP, ‘Feds Don’t Like Me’, (hosted by Greg Street), in May. Recently, in an effort to finish ‘Feds Don’t Like Me’ and his solo-debut, the Raleigh, North Carolina native relocated to Los Angeles to work more in-depth with Aftermath producers DJ Silk & Choc and can be found in the studio alongside Dr. Dre as well. Herukhuti’s work with Aftermath artist Slim Da Mobster can be heard on the track ‘Blood On My Shoes’.

In addition to ‘Feds Don’t Like Me’ (which includes guest appearances from Slim Da Mobsta, Glasses Malone & Carl Thomas and production from J Wells and Aftermath producers Choc & DJ Silk), his debut LP, Herukhuti has two placements on the upcoming soundtrack for 50 Cent & Bruce Willis’ ‘Fire With Fire’ movie (one of which is ‘Blood On My Shoes’).