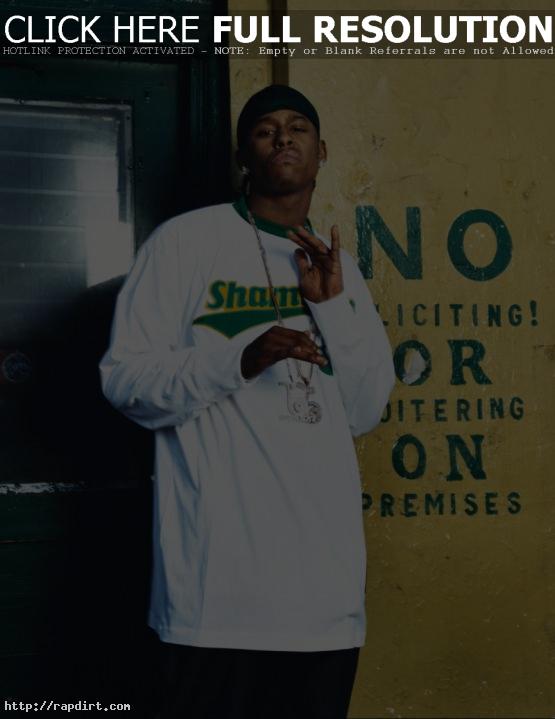 J-Kwon stopped by MTV’s Total Request Live on Wednesday (March 31) to talk about his smash hit ‘Tipsy’ and his just-released album ‘Hood Hop’. He also weighed in on the developing beef between himself and former B2K star Omarion — who J-Kwon says stole his beat for his new solo single. He says, “He should have called me before he put it on the radio.” Read on for a transcript.

Lala: Number five right there, Jay-Z, “dirt off your shoulder.” Time
to bring out the next guest. He calls himself the team president, but he
might be president of the fake I.D. Club. Y’all give it up for J-Kwon.
Hey!

Lala: How you doing? Give it up for J-Kwon.

[ Cheers and applause ] All right. So the album —

Lala: The album hit stores yesterday. Now tell us why you decided to
name it “hood hop.”

Lala: All right. Now, “Tipsy”, the song is crazy. You just had a birthday and you just turned 18. What do you know about getting “Tipsy?”

J-Kwon: Man, I drink Kool-aid. I put the smiley face on there and all
that. Cherry, yeah. Yeah.

Lala: I like that. All right. Well, we’re going to talk to you. Play a little game, we’re going to get to know you real, real well. Stay tuned, we have all the personal stuff on J-Kwon that you really want to know. We’ll be back in a minute. Don’t move, all right?

Lala: Welcome back to “TRL.” We are live from times square. Hanging
out with j-kwon. Now, he’s a new face here on the countdown. We want to get to know him. Let’s talk of the album again, “hood hop.” There are a lot of st. Louis rappers out there from Chingy and Murphy Lee. Tell us what separates you from the rest of the St. Louis rappers?

Lala: No you not.

Lala: All right. So we’re going to play a little game, get to know J-Kwon. A lot of people want to know things about. So Murphy Lee is in the video
for “Tipsy.” Is it true you did the remake with all the St. Louis rappers?

J-Kwon: With Murphy Lee and Ching Aling is don’t drop — is gonna drop this week. Brace yourself.

Lala: Now, this is something I have been hearing a lot about.

Lala: Is there some kind of friction going on with you and Omarion?
What’s the deal with that?

Lala: You mean L.A. Reid, a major player in the game there.

Lala: You mooned him and he still gave you a record deal. Tell us about that.

J-Kwon: There was a whole bunch of old people when I walked in there. I had to do something crazy, so I mooned him. A week later I was signed.

Lala: It of course worked. The album is in stores right now.

Lala: Sure. Go ahead. We have some wannabes standing by. Back to the request. In a minute. Here is number four, Beyonce, “naughty girl.” “Hood
Hop” in stores.