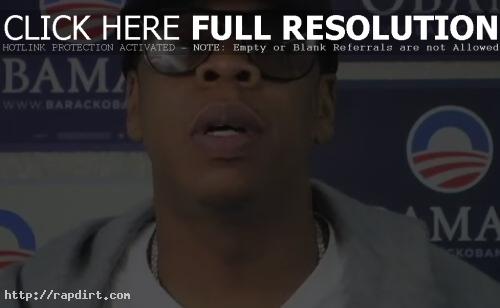 Jay-Z encouraged voters to go to the polls in the upcoming election during a concert in Detroit, Michigan. “I’m telling you I’m voting for Barack Obama,” the rapper said during the show in a video clip posted at the Democratic presidential candidate’s YouTube channel. He also says in the clip, “I want all my people to go out and vote. I need you to vote November 4th… The most important election will happen probably in your lifetime.” Watch the clip below.

«Murs Mural Ft. ‘Can It Be’
Lil Wayne Has A Baby Boy With Mystery Mother»