Jim Jones: I Own ‘Airhead, Dirtbomb’ Max B 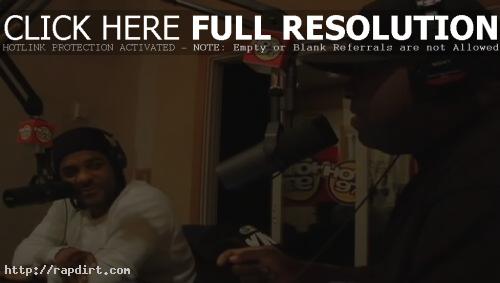 Jim Jones was in the studio with DJ Funkmaster Flex on December 16th at Hot 97 in New York City. The rapper talked about how Damon Dash is doing with money – suggesting he might be poor compared to Bill Gates but to the average guy he’s filthy rich.

He also commented on the controversy surrounding former Byrd Gang affiliate Max B, which got him all riled up. Disputing claims he no longer has ties to Max B, Jones explained that he’d “bought his publishing for roughly $90,000, which he cried over the phone to get out of jail for.” Jones continued, “I’ve been lookin, I’ve been hearin. I feel the disrespect. It’s a little past go.” He later told Flex, “You wanna get on something else or do you want to hear me keep assaulting this airhead? This dweeb of a cokehead sniffer… I’ve seen this man piss on himself literally, like pee in his pants like that. He’s a dirtbomb, he doesn’t count.”

Watch the interview below.