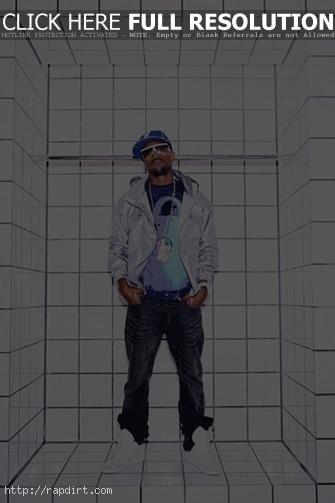 Kanye West checked in with his Twitter followers (@kanyewest) this morning to talk about the fallout from last year’s MTV Video Music Awards, where he walked on stage to grab the microphone from Taylor Swift to talk about how Beyonce should have won Best Female Video. Kanye also apologized to Taylor and added her as the second person he followed on Twitter in addition to Justin Bieber. In a series of several dozen Tweets, Kanye said:

I accept the idea (ideal) that perception is reality

Some people’s truth is Kanye is racist… It’s not my truth but I do believe it’s my Karma…. walk with me…

Even though the NBC telethon was widely praised yall didn’t think they was just gone let me get away with that did yall???!!!

With the help of strong will, a lack of impathy, a lil alcohol and extremely distasteful & bad timing … I became George Bush over night

How deep is the scar… I bled hard.. cancelled tour with the number one pop star in the world … closed the doors of my clothing office

People booed when I would go to concerts and the performer mentioned my name.

Remember in Anchor Man when Ron Burgandy cursed on air and the entire city turned on him? But this wasn’t a joke. This was & is my real life

There are people who don’t dislike me… they absolutely hate me!

I was chilling with this white girl having a conversation and she cut me off and said… Hold up… I thought you didn’t like us?!

That’s when you realize perception is reality. I’ve been straying from this subject on twitter but I have to give it to you guys raw now.

If you google Asshole my face may very well pop up 2 pages into the search.

Some people say… Why worry about “the haters?” This is bigger that just the concept of haters.

…taking a 15 second blip the mdeia have successfully painted the image of the “ANGRY BLACK MAN’ The King Kong theory.

People tweeted that they wish I was dead… No listen. They wanted me to die people. I carry that. I smile and take pictures through that

I wear my scars… It’s almost like I have to where a suit to juxtapose my image and I won’t lie… IT WORKS!

I wrote a song for Taylor Swift that’s so beautiful and I want her to have it. If she won’t take it then I’ll perform it for her

She had nothing to do with my issues with award shows. She had no idea what hit her. She’s justa lil girl with dreams like the rest of us.

She deserves the apology more than anyone. Thank you Biz Stone and Evan Williams for creating a platform where we can communicate directly

We’re both artist and the media and managers are trying to get between us. Everyone wants to capitalize off this is some way

I’m ready to get out of my own way. The ego is overdone… it’s like hoodies

I know there are family members friends and fans that have literally fought for me.

There are people who have named there kids after me… can you imagine that next day in school. Even though I don’t have kids…

It’s not about race America. No one in our position ever stands up and says anything anymore.

Who’s seen the play Wicked? I’ve seen it 4 times! Other than loving the music acting and costumes… it’s my story!!!

With new found humility … who am I to run on stage? I would never ever again in a million years do that. Sorry to let you down.

It is distasteful to cut people off as a general rule. What’s the point of dressing tastefully if I’m going to act the complete opposite?

I am not a bad person. Even in that moment I was only trying to do good but people don’t always need my help.

It feels like the movie Heat when you wanted Deniro to make it… You want the bad guy to make it.

These tweets have no manager, no publicist , no grammar checking… this is raw

Humanity and Empathy are 2 of the 4 principles at facebook. Those were the 2 principles I was missing on that evening

Why are there so many tweets? Well this isn’t a simple subject. There are layers to this beyond me running on stage.

If I speak in 3rd person it’s because I’m quoting people sometimes I forget to put the quotations you know my grammar.. #ITSAPROCESS

You’ve got a layer of order… this is how things are spose to go this is how it’s always been etc.

You’ve got a layer of… What is reality? You really want this guy to die over an award show???!! wooooooow …..

You’ve got the Media play… Who benefitted off of the moment?

Walk with me people… let’s break this down for real now. I might get in trouble again lol?

A year later where do we stand?

Why was it made into such a race issue. Taylor loves rap music… I love country music.

When I right songs like Heartless I always say “is this melody good enough to be a country song or a broadway song?”

I’ve hurt, I’ve bled, I’ve learned. I only want to do good. I am passionate I am human I am real. I wish I could meet every hater

I wish I could talk to every hater face to face and change there a opinion of me one conversation at a time.

I wish they all knew how much I really cared about music and pop culture and art and peoples feelings.

I wish they could accept that I’ve grown and only want to do good for the world. I want to help as many people as I can.

I want to win there hearts back so I can continue to bring my take on culture to the masses with a clean opinion.

It starts with this…