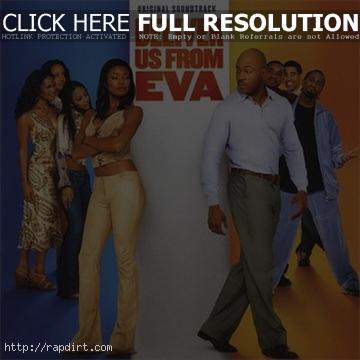 MTV News reports LL Cool J’s latest movie ‘Deliver Us From Eva’ will include a soundtrack with new songs from Usher, Ginuwine, Yoli, Calvin Richardson, Element and Vikter Duplaix, Mary J. Blige, 3LW, Terry Dexter and En Vogue, as well as a duet between LL and Amerie (‘Paradise’) taken from his new album, ’10’, which will be the soundtrack’s first single and video. The soundtrack comes out December 17th, while the movie is due early 2003. Check out a complete track listing here.

«Eminem May Have Skipped Out On $7,000 Spa Bill
Jay-Z Plays Teacher And Rapper In Upcoming Tour»