Nas Speaks In Support Of Obama In Virginia 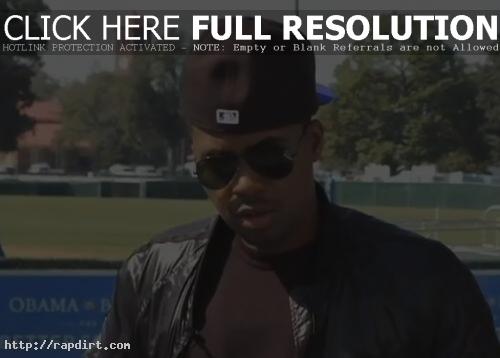 Nas spoke on behalf of Barack Obama in Hampton, Virginia on October 5th. “There should be no divided races and stuff like that,” Nas told the audience. “This is about America.” The rapper is added, “I just got tired of talking on the corners. I just got tired of talking to homeboy saying, ‘You think he’s gonna win?’ He can’t win if you keep sayin, ‘You think he’s gonna win?’ If we don’t take it serious and know we have the power to make him win, he won’t. We gotta know that it’s up to us.” Watch the clip via YouTube below.