No Beef On D12 Sophomore Album 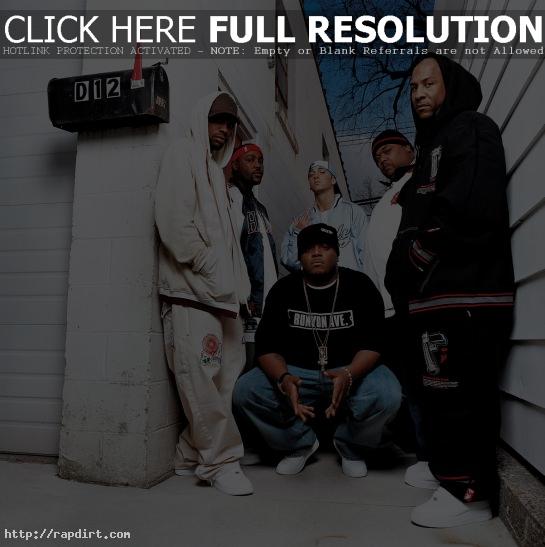 andPOP recently interviewed Bizarre and Proof of D12 about their sophomore album, ‘D12 World,’ due in April. Instead of beefs, the group chose to focus less on the trivial matters and its members “stepped the game up,” as Bizarre says. “We took it to a more mature level. We basically did the same thing as the first album so you’ll see a little growth there.” As for Eminem being in the group and taking up the majority of the spotlight, Proof reasoned, “He’s the biggest artist in the world, so what else they gonna do?” Read more.