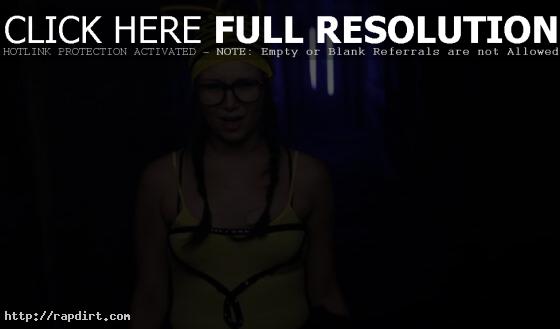 Nova Rockafeller is out with the music video to her new single ‘1990s’, featuring references to Nirvana, Gameboys, pagers, flannel shirts and Wayne’s World, and a cameo from ‘Saved by the Bell’ principal Mr. Belding (Dennis Haskins).

In a recent interview with Fuse, Nova talked a little bit about making the video… and cereal. “I like videos a lot and I also really like Cookie Crisp. My second favorite cereal is Peanut Butter Cap’n Crunch,” Nova explained. “At the ‘1990s’ video shoot we ate burritos, which I don’t really like but I try to stay open minded.” Watch the video via YouTube below.

May 28, 2014 Jeff C Multimedia No Comments
«Cop Gets “Fu** You” From Tupac Shakur When Asked To ID Shooter
Monster Beverage Comments On Beastie Boys Trial Claims»