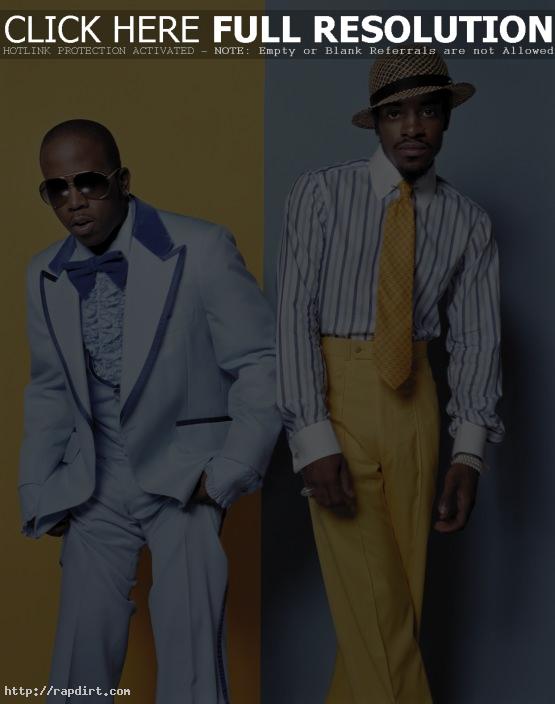 ‘The Early Show’ co-anchor Harry Smith chatted with Big Boi and Andre 3000 of Outkast on Friday (August 25), about the genesis of their new movie ‘Idlewild’. “Myself, Big Boi and Brian Barber, the writer and director of the film, we’ve been trying to make movies since our third album, ‘Aquemini,’ and it just never came about,” said Benjamin. “Then after the album ‘Speakerboxxx/The Love Below,’ we had these two video treatments that were the basis of what the movie is right now and Brian Barber took that and turned it into a great script and movie.”