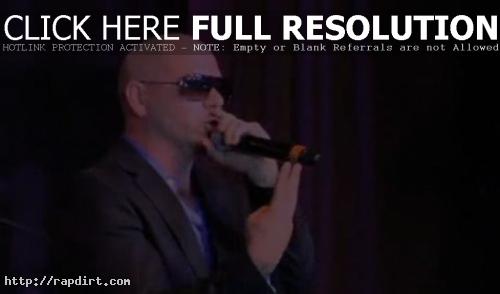 Footage from the MySpace Release Show for Pitbull’s newest album ‘Rebelution’ features the Miami rapper performing at a hometown gig at LIV at the Fontainebleau Miami Beach. The prior day, Pitbull received the Key to the City of 305. He performed in front of over 1,000 people at LIV, and was joined by Lil Jon, T-Pain, Dougie Fresh, Anita Ward and Crystal Waters. Highlights from the August 20th event at MySpace have since been removed.