Scarface On Music And Impact Of A Potential Obama Win 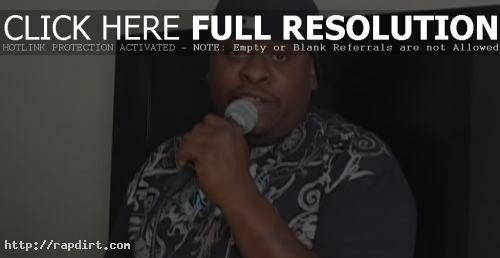 Scarface shared his thoughts on politics and music in video clips over at Asylum Records’ YouTube channel. “Hip hop is gonna be so fu**ing small if we get a black president,” Scarface said. “You gotta think of what the impact would be on our grandparents that lived to see it that was forced to drink out of the black only water fountain. The impact that it’s gonna have on the older people that really had to go through that sh**. Ridin’ in the back of the bus an having to go into the restaurant from the back door and sh**. The impact that it has on hip hop isn’t going to be nearly as devastating as the impact that would be on the older people that would be that far away from slavery.” Scarface then did a “my friends” impersonation of Barack Obama’s Republican rival John McCain. Watch the clips below.

«T.I. ‘On Top of the World’ Live Video Ft. Ludacris & B.o.B
Diddy: Something Real Powerful Is About To Happen»