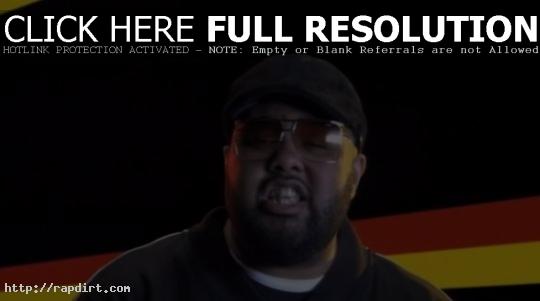 Blackalicious are out with the video to their new single ‘Powers’, from the Sacramento, California hip hop duo’s third full-length album ‘The Craft’, released on ANTI-. Watch it via MTV below.

The process of recording Blackalicious’ new album ‘The Craft’ stretched the duo creatively. “With this record everything starts with the drum machine and I sketch out a general idea that I’ll bring the guys, and they’ll pretty much replay what I did verbatim and then take it their own directions,” Chief Xcel tells Time Off magazine. “And then I’ll take that inspiration back and synthesize it back into song format and then give it to Gab to write to. That was pretty much how everything went down on this album.” 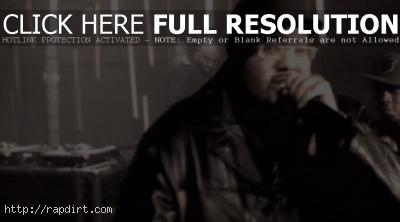 Blackalicious are out with the video to their new single ‘Your Move’, from the just-released album ‘The Craft’, released on Warner Music. Watch the Elad Offer directed video via MTV below.

Blackalicious member The Gift Of Gab is out with his debut solo video ‘Rat Race’, from the album ‘4th Dimensional Rocketships Going Up’. Watch it online below.

Blackalicious took their act to Alaska performing at the Egan Center in Anchorage. Tiehesha Taylor of the Anchorage Daily News was on hand for the show. She writes, “Xcel keeps the music flowing with great beats and mixes that you nod your head to as you drive. Gift of Gab’s tongue-tying rhymes and rhythmic flow leave you with your mouth hangin’ open… The crowd participation, the dancing, the background vocals all made for a night to remember. Two songs into the show, the crowd began yelling “freestyle!” to Gift of Gab. The words he spoke just pulled at you inside. The line that I loved the best was ‘Drinking MCs like cans of Shasta!’ There was so much truth to it. Many MCs just don’t know about true music anymore.”

Fresh from a set of shows in Africa, Gift of Gab took time recently to talk to Aaron Davidson of The California Aggie about his art, his life, and coming back to UC Davis. Asked what’s next for Blackalicious and him personally, Gab says, “Blackalicious will be on the road extensively – we are going back to Europe, we’re gonna be in the States, we’re gonna be in New York. I am finishing up a solo record. It’s me and I am working with a few different producers. So that album is just about finished. I’m really proud of that. Lateef and Xcel are finishing up the Maroons EP. Also, we got a group from Portland, Oregon called the Lifesavas. Their album is finished also. This year is sort of like a Quannum-hitting-you-from-every-angle-year. We are doing a Quannum tour in the fall and I will probably be touring behind my solo record. During this time, we will be working on the next Blackalicious record; the goal is to finish that by November and put that out in, like, April of next year.”

Sam Reinders of iafrica.com writes, “Van Gogh, The Beatles, Katherine Hepburn, Andy Warhol — and even Michael Jackson. These are artists who have, in their specific spheres, defined a space in time. An era. In the hip-hop arena, in my opinion, Blackalicious are doing just that. They are defining our times. In the hip-hop world they’re the Shumaker of their business. Before I get backs up I do agree that the hip-hop world has other pioneering talents — the likes of Eminem, Dre, Snoop and 50Cent all come to mind — but Blackalicious serves up a different beat. It is soul infused. Deep, funky, gut wrenching soul — combined with evocative lyrics that are delivered by one of the best battle rappers on the scene.” The full article has since been removed from iafrica.com.