I-20 is out with the video to his new single ‘Break Bread’, featuring Ludacris and Bone Crusher, released on Capitol Records. Watch it via Blastro below.

Bone Crusher recommended that Blender readers take a listen to Killer Mike’s ‘Re-Akshon’. The rapper said, “I did the hook on this song, and I must say it’s the epitome of crunk. It bubbled in the South, but if the label came out with a video or something fresh with that, Killer Mike would be back on the map with htis one. It’s both pop and street, and it’s crazy.”

Game of G-Unit and DJ Red Alert were amongst those on hand for Vibe Presents Zoo York Fashion Show with Performances by Bonecrusher, Ciara and Rasheda on Thursday (August 12) at Eugene’s in New York City. Check out pictures from WireImage.

MTV News reports that nearly 20 shows have been added to D12’s upcoming summer tour, which kicks off June 19 in Milwaukee and is slated to end in New Haven, Connecticut. Detroit hip-hop group Slum Village and Southern rapper Bone Crusher will open the shows for D12, who will be touring without Eminem at the helm. Check out the tour dates here. 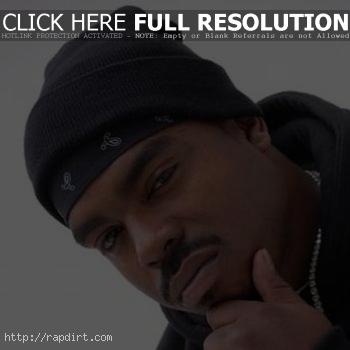 Daz had a major update on his official website on April 2nd. Here’s most of it summed up: DPG Recordz will be re-releasing their old catalog. That catalog will get additions soon as they are about to release some albums. The Twinz and Daz mom are scheduled to drop their albums this summer. Daz will appear on tracks with Bonecrusher, 213, Young Bucc of G-Unit, Lil Flip, Nate Dogg & Cee-Lo. He’ll also produce for T.I. Daz has been advised to not diss Death Row on his upcoming album by his label mates, and Daz is going to take their advice. Daz is planning to drop his album after JD’s album this September/October through Jive. Apparently, all Arista artists have been moved over to Jive.

Daz, Pastor Troy, and Bone Crusher attended the Pre-Christmas Blackout Gala on Thursday (December 18) at Vision Nightclub in Atlanta, Georgia. The event was hosted by Jermaine Dupri and Nelly. Check out photos from the event at GettyImages.

Bone Crusher and Jermaine Dupri were on hand for the J.Lo Clothing Holiday Party on Tuesday (December 16) at PM Lounge in New York City. Check out pictures from WireImage.