Cage ‘I Never Knew You’ Video

Cage is out with the video to his new single ‘I Never Knew You’, featuring Aesop Rock, El-p, Yak Ballz, Alex Pardee, F. Sean, Chauncey and Dan Bird. The track is the first release off the New York City rapper’s third studio album ‘Depart from Me’, out July 7th via Definitive Jux. Watch the Shia LaBeouf directed video via YouTube below.

Cage ‘Nothing Left To Say’

‘Nothing Left To Say’, the first leak from Cage’s upcoming album ‘Depart From Me’, has been posted online on Definitive Jux Records’ YouTube channel. The album comes out June 30th. Listen to the El-P produced track below.

Thursday night seems like an odd night for a school to be throwing a concert, but then again there isn’t very much that’s normal about Cage and Grand Buffet. Both acts hit the stage, butonly after a small fire, evacuation, and a slight lineup change. For a full review of the show, click here. 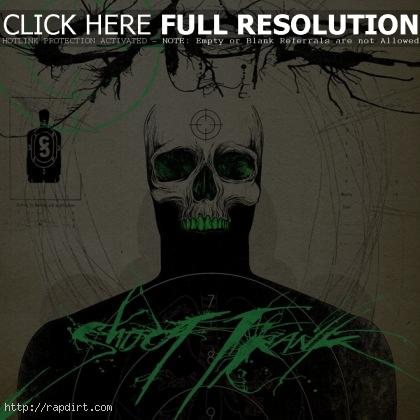 Cage is out with the video to his new single ‘Shoot Frank’, from the American hip hop artist’s second album ‘Hell’s Winter’, released on Definitive Jux. Watch it via YouTube below.

According to Ecko.com, underground rapper Cage has signed to Definitive Jux Records. At the first show of the Definitive Jux Presents 3 Tour which kicked off last Sunday (March 21), label founder El-P performed a song with the rapper and then announced that Cage was officially part of the Def Jux roster. Cage was formerly signed to Eastern Conference, the home of The High and Mighty, Tame One (formerly of the Artifacts), and The Weathermen. Currently Cage is working on his next album with the Definitive Jux team. The album is going to be called ‘Hell’s Winter’. No release date has been announced yet.