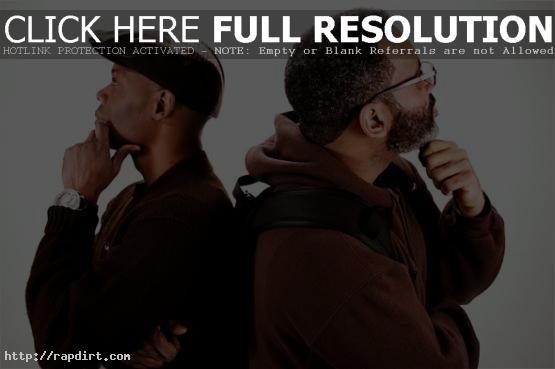 An accompanying music video for ‘M.A.R.S.’, directed by Chris Krook and Mega Philosophy, is coming soon.

DJ Deadeye is out with the music video to his new single ‘Intermission’, featuring Cormega, off the Massachusetts artist’s ‘Substance Abuse’ album, out now on ST Records/Brick Records. Watch it via YouTube below.

UkBestKept.com has reported that Cory Mckay better known as Cormega has just announced on his website forum that him and long time friend Tragedy Khadafi will be doing an album together.

This project came to suffice because of fans demand for the duo’s magic touch, as witnessed on a track titled “Forced My Hand” that could be found on both their previous releases, “The Realness” and “Against all Odds” albums.

Cormega is still working hard. He has just come off tour with Ghostface and is continuing to put in work for his Legal Hustle imprint, which is preparing a slew of new projects. Recently releasing the ‘Legal Hustle’ compilation, he is also working to put out a DVD by the end of the year, working on the shelved Def Jam album ‘The Testament’ and his third solo album ‘Urban Legends’. The full article at ballerstatus.net has since been removed or relocated.

For an independent artist to sell records and get shine these days is nearly impossible with everybody’s sales at an all-time low. One artist that continues to do his thing regardless of the the rest of the industry is doing is Queensbridge’s Cormega. Cormega will be receiving some shine. Cormega just informed us that on August 29th, he will be receiving ‘Impact Artist of the Year’ honors at the Underground Music Awards. The full article at ballerstatus.net has since been removed or relocated.

Cormega is out with the video to his new single ‘Let It Go’ featuring M.O.P., released on Legal Hustle Records. Watch it via YouTube below.

Cormega is a name everybody knows even though he’s not associated with a major label. His secret to success is simple, “just don’t be an asshole.” Not being an asshole should be something everyone can handle, it should be a simple concept everyone can get with, but in Hip-Hop not everything is as simple as it seems. According to Cormega, even loving Hip-Hop isn’t as easy as it used to be. Cormega explains why Hip-Hop has become so hard to love, or more precisely, find, here.

XXL Has Nothing To Do With Hip-Hop

Flipping through the reviews section of XXL this month (Lil’ Jon cover) made me realize how little XXL has to do with Hip-Hop. They dissed both Erick Sermon’s album and Cormega’s album (which is really a mix-tape). Both of these albums have a very good chance of ending up on my year end top ten list and seeing yet another publication that claims to be about Hip-Hop blatantly show a lack of knowledge about the culture infuriates me. In the words of Sticky Fingaz “but wait it gets worse!” To find out how, click here.

Cormega Heads Out On Promo Tour For ‘Legal Hustle’ Album

Queensbridge native, Cormega, will be heading out on a 13-city promo tour in support of his upcoming album titled ‘Legal Hustle Vol. 1’. The tour kicks off May 13th in Boston before wrapping up June 5th in Los Angeles. The full article at ballerstatus.net has since been removed or relocated.