DJ Khaled ‘It Ain’t Over Til It’s Over’ Video 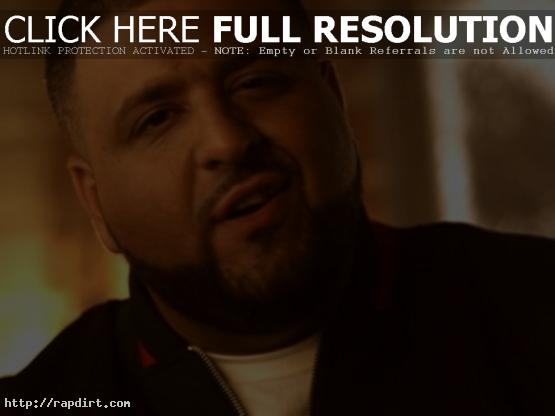 DJ Khaled is out with the music video to his new single ‘It Ain’t Over Til It’s Over’, featuring Fabolous, Mary J. Blige and Jadakiss. The track is off the Miami, Florida producer and DJ’s fifth studio album ‘We the Best Forever’, out now on We the Best / Terror Squad / Cash Money / Universal Motown. Watch it via YouTube below.

ThisIs50.com’s Young Jack Thriller approached Fabolous at Vinnie Styles because he still didn’t follow him on Twitter even though Fab promised he would do it a while back. Watch Jack getting emotional about the social media diss below.

Lloyd Banks and Fabolous stopped by Ryan Leslie’s show at S.O.B.’s in New York City recently to perform the hit ‘Start It Up’. Watch it via YouTube below.

Lloyd Banks stopped by the Fabolous and Nicki Minaj concert at Hammerstein Ballroom in New York City on Thursday (November 25) to perform ‘Start It Up’. He was then joined by Juelz Santana to perform another hit, ‘Beamer, Benz or Bentley’. Watch it via YouTube below.

Lloyd Banks Recording ‘Start It Up’

Video of Lloyd Banks in the studio recording ‘Start It Up’ with Fabolous, Ryan Leslie and Swizz Beatz has been posted below. The clip is the first piece off of ‘On The Road To HFM2’, with the full documentary airing Wednesday, November 24th at 7PM ET on ustream.tv/lloydbanks.

Fabolous: New Album Will Come Out In 2011

Thisis50 sat down with Fabolous for an interview, where the rapper discussed his new EP that is dropping soon, ‘There Is No Competition 2 The Grieving Music’, where fans can get the mixtape, the success of the EP ‘There Is No Competition 2: The Funeral Service’, the new Fabolous album, his tweets about Soulja Boy, his pizza skit and more. “The album’s gonna come in 2011,” he said. “A lot of people put their mixtapes around the time before they’re about to come out to build more energy, but I think that a series of mixtapes has so much of its own buzz that I don’t even want an album distraction. This year was its own project really.” Watch the interview via YouTube below.

Radio 1’s Tim Westwood has footage of Fabolous’ gig at the O2 arena in London on May 16th, with Westwood and DJ 45 on the decks. The clip includes video from the rapper’s ‘It’s My Time’, ‘Breathe’ and ‘I’m Ill’ performances. In another clip, Fabolous talked with Westwood about girls, an Amsterdam trip, Supreme Team with Diddy, UStream and the pillowcase incident. Watch it via YouTube below.

Fabolous Flashes His Underwear At LAX

Fabolous was photographed preparing for a departing flight out of Los Angeles International airport (LAX) on February 2nd. When at the ticket counter, the star bent over giving the photographers a glimpse of his underwear. Later, he flipped the paparazzi the middle finger.

Check out pictures at defpenradio.com.

Fabolous ‘Imma Do It’ Video

Fabolous is out with the video to his new single ‘Imma Do It’, off the Brooklyn rapper’s fifth studio album ‘Loso’s Way’, out now on Desert Storm Records. Watch it via YouTube below.

Fabolous is out with the video to his new single ‘Money Goes, Honey Stay (When The Money Goes Remix)’, featuring Jay-Z, from the Brooklyn rapper’s fifth studio album ‘Loso’s Way’, out now on Desert Storm Records. Watch it via YouTube below.