G-Unit Give Away Toys And Clothes At Bowery Mission

During the last few weeks, hip-hop’s most acclaimed producer has been making headlines for being attacked at the Vibe Awards. But on a rare trip to New York soon before the melee, the only act of violence on Dre’s mind was putting the entire music industry in a chokehold. He’s decided to forge ahead with his on-again/off-again Detox LP and also has his platinum hands in several other projects. “Definitely,” Dre, seated between 50 Cent and Game, said to MTV News inside Avatar Studios about whether Detox would come out. “I’m back into it right now. A lot of people have been coming at me and saying that they are disappointed that I’m not doing the record. So I decided to go out and put it out there. I am going to probably start doing it [this month] or January, something like that. Hopefully I will get a fall release.” Read more.

50 Cent And G-Unit Give Back

Recently, rapper 50 Cent and his crew G-Unit where at a Footlocker in Harlem, which drew a huge crowd. The rapper and his crew hung out with fans (which included everyone from 5 year old kids to 30 year old men & women), gave autographs, and took pictures! However the fun was cut short when a store owner nearby called the police. The rappers where forced to leave because “They were disturbing the peace,” according to an officer. At the last moment, 50 and G-Unit decided to give the kids sneakers.

Bang Em Smurf’s Got More Than Beef With G-Unit

HH411.com caught up with Bang Em Smurf for a Q&A where he talked about the incident with 50 Cent at Summer Jam. “First off 50 never threw money at us, it was Banks that threw the singles after getting hit with a bottle,” he said. “Yeah we knew he was going to be there, we came there 20 ni**as deep with our GF Records shirts on. I did that to scare him and let my presents be felt cause I know he ain’t like that and 60,000 people.” Asked if the Silver Back Guerillaz and G-Unit beef could possibly get settled, Smurf responded, “This is some real street sh**. This ain’t no rap beef, this is personal. Fu** that rap beef sh**, I ain’t no rapper.”

G-Unit are out with the video to their new single ‘My Buddy’. Watch the animated video via YouTube below.

Interview With G-Unit’s ‘My Buddy’ Animator

G-Unit turned to Chris ‘Broadway’ Romero, producer/director to bring their animated vision to life on their ‘My Buddy’ video. “Yeah, we came up with the idea basing it loosely on the 70’s gang cult film ‘The Warriors’,” Romero said. “Just a gang moving through NYC trying to survive, lots of dark scenery and neon lights, etc. So we took the idea that since Tony Yayo was still in jail at the time, we’d create a storyline of them getting him out. The twist is, Yayo’s not locked up in jail but held captive by a mysterious criminal organization. The story follows 50 Cent, Lloyd Banks, and Young Buck battling their way through the city to rescue their comrade.” maximumwatts.com has since removed the transcript.

MTV News reports Tony Yayo was released from a federal jail facility in New York Monday afternoon after serving time for possessing a forged passport. He was discovered with the faulty document by his parole officer just one day after being released from an upstate New York incarceration facility after serving a year on bail-jumping and weapons charges. Read more.

The Tennessean reports two men were shot, and one was killed outside G-Unit’s album release party in Printer’s Alley early Tuesday morning. A large crowd had gathered for the party honoring the group. The band’s security guard says the shooting suspect was kicked out of the party earlier in the evening. He then returned with a gun around 3:15 am and opened fire. One of the men shot was pronounced dead at Vanderbilt, while the other was taken to Baptist Hospital with non-life threatening injuries. 50 Cent and crew had left the event 30 minutes before the shooting.

May 5, 2004 Jeff C Uncategorized No Comments 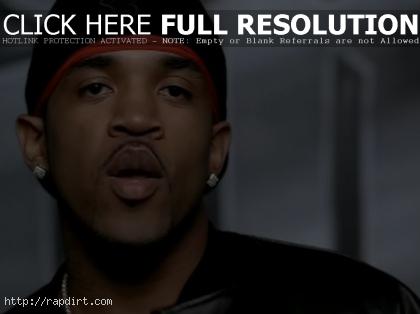 G-Unit are out with the video to their new single ‘Smile’, off the American rap group’s debut album ‘Beg for Mercy’, released on Interscope Records. Watch it via YouTube below.