Khia ‘Been A Bad Girl’ Video

Khia Chambers is out with the video to her new single ‘Been A Bad Girl’, off the Philadelphia, Pennsylvania rapper’s fourth studio album ‘Khia Shamone aka Motor Mouf’, out later this year on D. Col Entertainment. Watch it via YouTube below. 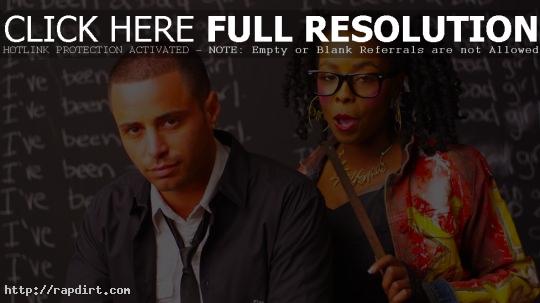 Khia recently shot the video for her new single ‘Been A Bad Girl’, the first from her upcoming fourth CD, the 2-CD set, ‘Khia Shamone/Motor Mouf’, due in the Spring. The video was directed by Clifton Bell and was shot in Brooklyn, New York. Khia was joined at the shoot by reality television personality turned singer Carmine Gotti, who made a cameo in it.

Khia ‘Snatch The Cat Back’ Video

Khia is out with the video to her new single ‘Snatch The Cat Back’, from the album ‘Gangstress’, due out Tuesday (July 11). Watch it via YouTube below.

Khia Gets Booed In Atlanta

On Saturday at the Hot 107.9 Birthday Bash in Atlanta, Khia came on stage to introduce Lil’ John and the Eastside Boys and the crowd exploded in boos. She continued with the introduction and exited the stage.

Khia Likes Doing It With Handcuffs

Vibe magazine caught up with raunchy rapper Rhia and asked what her favorite sex toy was. “Handcuffs,” she responded. “I like it when they’re placed on me. It’s that feeling of not being able to get loose, not being able to stop it.” As for her favorite turn-off, the rapper says, “Kissing. A good kisser turns you on before everything else. I don’t like when someone slobs all over you.”

The Smoking Gun has 19 mug shots of Khia Chambers, the 31-year-old rapper (real name: Khia Finch) behind the recent raunchy hit “My Neck, My Back (Lick It)” from the gold album “Thug Misses.” Between 1994-99, Florida cops busted Finch more than 20 times for a variety of felonies and misdemeanors. Check out Khia’s 19 mug shots here.