Lady Sovereign’s mother Nicola Harman, who had been recently diagnosed with a terminal brain tumor, has apparently died on Sunday, the day UK citizens celebrate Mother’s Day. Nicola was 43. The rapper told her Twitter followers (@ladysov) within the hour:

Saddest day of my life, I love you mum, rest in peace ..xxxxxx

Ekaterina Ivanova and Lady Sovereign enjoyed a night out at Punk nightclub in London, England on January 20th. The intoxicated pair fell over but happily smiled, waved and struck poses for the paparazzi. Check out pictures at Zimbio.

Lady Sovereign is responding to the assault charge and subsequent fine she received for spitting in someone’s face at a nightclub just after arriving in Australia on Friday. The British rapper told her Twitter followers (@ladysov):

Spitting in someones face is nasty, but how about a guy dressed up as a girl running at you in the toilets and punching you in the head?

YES THAT’S WHAT HAPPENED PRIOR TO THE SPITTING… SO EVERYONE PLEASE STOP CALLING ME NASTY, IF YOU WAS THERE YOU WOULD UNDERSTAND

THE TRANSVESTITE MUST OF BEEN A REGULAR BECAUSE I DIDN’T SEE NO ONE DRAGGING HIS ASS OUT OF THE CLUB THAT NIGHT.

@perezhilton don’t be calling me this that and the other when you don’t even know what happened…. ps your late with the news anyhow

Anyway I am enjoying Australia….. tonight was fun :)

Lady Sovereign had another on-stage meltdown at her show on Sunday (May 24) at Rickshaw Stop in San Francisco. The British rapper was furious with the venue’s sound system, ranting about it before beginning her last performance which ended after getting some feedback. Sov threw the mic down and bolted backstage, never to return. Watch via YouTube below.

Nylon TV caught up with Lady Sovereign as the pint sized British rapper played some Wii. Lady Sov admits to dancing to Madonna in the mirror, adding that she doesn’t like Lady Gaga comparisons she’s been hearing simply because they both have “Lady” in their names. She admitted to being annoyed by Snoop Dogg’s ‘Signs’ lyric where he says “you’ll see Venus and Serena, in the Wimbledon Arena”. Watch the video via YouTube below.

The Guardian spoke with Lady Sovereign about her split from Def Jam and the pressure she felt after her debut album ‘Public Warning’ only sold 300,000 copies in the U.S.

“I went on strike and stopped doing stuff, so Def Jam got the hump [stop putting up] with me,” the 23-year-old explained, “I lost the plot a few times. I was cutting myself and stupid things like that. I was tired. I felt like it was just push, push, push. I didn’t have a chance to record any new stuff, it was the same old songs.”

The decision to leave the label came from both Def Jam and Sovereign, who said that “It just had to be done, for their sake, for my sake. It wasn’t messy, it was just … gone.” 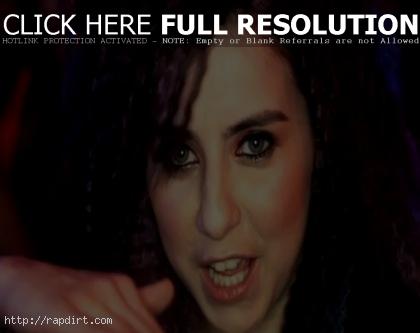 Lady Sovereign is out with the video to her new single ‘So Human’, the second release off the London, England rapper’s second studio album ‘Jigsaw’, released April 7th on EMI. Watch it via YouTube below. 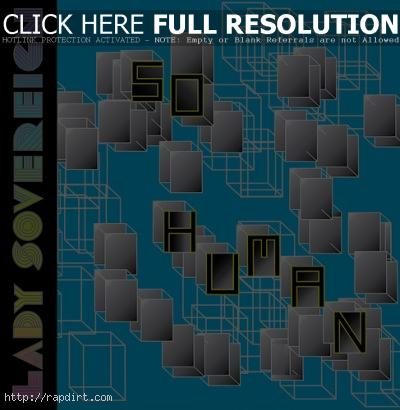 Lady Sovereign released her new single ‘So Human’ today (February 3) on her label Midget Records (via EMI). The single, taken from Sov’s forthcoming album ‘Jigsaw’ (due April 7th), was produced by Medasyn and featuring a remix by Sinden. Inspired by The Cure’s ‘Close To Me’, ‘So Human’ reflects on Sov’s rollercoaster ride over the last two years. Listen to the track at SPIN.com.

Lady Sovereign ‘I Got You Dancing’ Video 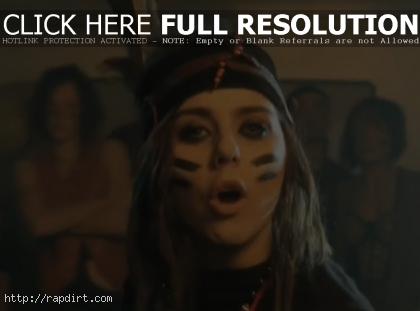 Lady Sovereign is out with the video to her new single ‘I Got You Dancing’, the first release off the British rapper’s second album ‘Jigsaw’, released via her Midget Records label (EMI) on April 7, 2009. Watch the Dandilion Wind Opaine directed video via YouTube below.

Lady Sovereign checked in from Reno, Nevada with fans on her blog at Imeem on Sunday (July 1). “So I went to a casino and played poker on a table for the first time,” she writes. “Unfortunately I ended up losing all my money, it was fun though i brought my vibes to the table then had to go on stage so went for it on the last hand. The heat is stepping up only one more show to go and it’s all over. Had an amazing time tho. peace x”

Her latest tour diary from Reno at imeem.com has since been removed (the site was bought out by MySpace).