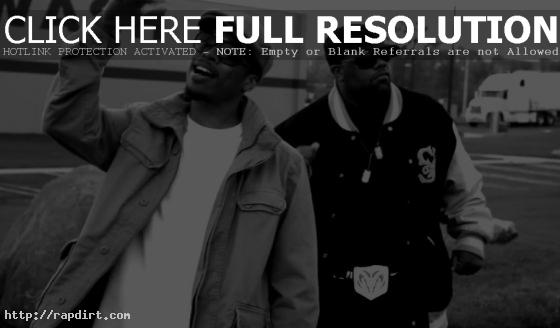 Nappy Roots are out with the video to their new single ‘P.O.N.’, off SMKA’s free album ‘The 808 Experiment: Vol 2’. Watch the Bill Kirstein and Ethan Berger directed video via Vimeo below.

Nappy Roots performed at NA Nightclub on Thursday (May 26) in New York City for The Chambord Project: Raise Money by Raising Your Glass. Check out pictures from FilmMagic.

The Nappy Roots were on hand for the NBA All Star Comedy Court on Friday (February 13) at Wadsworth Theatre in Los Angeles, California. Check out pictures from GettyImages.

Rap acts on television this week include Nappy Roots, who appear on Live with Regis and Kelly on Monday; Nick Cannon, who appears on Jimmy Kimmel Live on Tuesday; and G-Unit, who appear on MTV’s Total Request Live on Thursday.

The Cornell Daily Sun reports that a white female student assaulted Sunday night leaving the Nappy Roots and Ludacris concert at Barton Hall says she was the victim of a hate-crime, which left her with a ruptured ear drum and thirteen stiches on her face. The incident, as described by the victim, began when the student had a minor altercation with another girl who was at the concert while the performace was still going on. “She said ‘Get your white hair out of my face,'” the student said. Later, after separating from her friends after the concert, she found herself surrounded by a group made up of five black females and one black male, who have yet to be identified. “They said they were gonna fu** up my pretty white face,” she said. Allegedly, the incident turned physically violent when one of the girls slapped the student hard enough to rupture her eardrum, a blow which threw her off balance. The other five assailants proceeded to kick and punch her as she fell down.

USO Tour Opens The Eyes Of The Nappy Roots

When the Nappy Roots agreed to join the USO tour in Iraq, the crew got to see first hand what a few verses can do for people. “It really opened our eyes to a lot of things,” B. Stile tells Jeff Inman of Las Vegas CityLife. “The response we got was just amazing. We just didn’t know. But we also got to see that the war wasn’t really over, how crooked politics is, and what they’ll do to get what they want. But it was the soldiers that really got us. The work ethic of those guys in 130-degree heat. Our hearts really go out to those people and their families.” The full story at lasvegascitylife.com has since been removed.

Joe Bugbee of Bowling Green News was on hand for the Nappy Roots and the Black Eyed Peas concert at Anderson Arena for the annual UAO homecoming concert on October 4th. He writes, “The University Activities Organization announced that approximately 1,500 tickets were sold, but only about three-quarters of those ticket holders actually showed up. The crowd, however small, rose to its feet when Nappy took the stage around 8:30 p.m. and for the remainder of the show, only a handful of people showed any hint of excitement.” And the reaction wasn’t much better for the headliners. Bugbee added, “The energy escalated ten-fold when the Black Eyed Peas came out, saving the face of UAO, and thus saving the day. They were greeted by a half-interested crowd, many who stayed for only a song or two before leaving… By the time the Peas went on stage at 10 p.m., nearly half of the crowd had left. By the time the Peas played an impressive and awe-inspiring encore, the crowd that remained was mentally and emotionally drained, victims of pure musical drama at its highest and most rewarding.”

Rappers On TV This Week