Kid Ink is out with the music video to his new single ‘Get Mine’, featuring Nipsey Hussle. The track is off the Los Angeles rapper’s ‘Wheels Up’ mixtape that dropped in October. Watch the Alex Nazari directed video below and download the mixtape at hotnewhiphop.com.

Nipsey Hussle is out with the music video to his new single ‘Feelin’ Myself’, featuring Lloyd. The song is the first release from the Los Angeles rapper’s debut album ‘South Central State of Mind’, out soon on All Money In/Cinematic/Epic. Watch it via Vevo below. 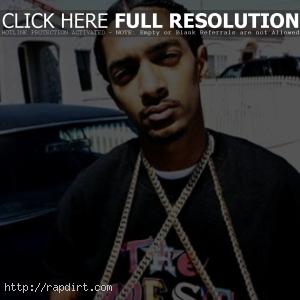 Thisis50 met with Nipsey Hussle, who talked about Snoop Dogg, how he got in the game, his debut album ‘South Central State of Mind’ and what people can expect on the disc, the importance of the streets building his fan base, and more. “Snoop is A1,” Nipsey said. “Snoop, he’s a legend, so you don’t expect nothing but greatness from cuz, he came in and did his thing though, knocked it out. He was real cool about the situation. I get a lot of comparisons to Snoop. I sound like him, look and talk like him and whatnot. He came and just snapped the sh**.” Watch the interview below. 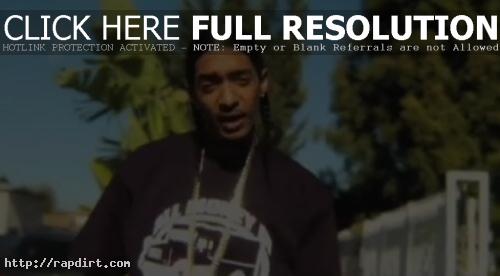 Nipsey Hussle is out with the video to his new single ‘Hussle In The House’, off the California rapper’s album ‘South Central State Of Mind’, coming this summer. Watch the Dan The Man directed video via YouTube below.

Nipsey Hussle ‘Hussle In The House’ Video Making Of

Nipsey Hussle is featured in a behind the scenes look at the filming of his ‘Hussle In The House’ music video, off the South Central LA rapper’s debut album, coming soon. Watch the making of clip via YouTube below.