Paris checked in with fans on his blog at MySpace (@guerrillaparis) on Saturday (January 10), reacting to the police shooting of Oscar Grant, which was recorded by several onlookers and posted at YouTube. The San Francisco hip hop artist tells readers:

Well, here we are…another new year and another high-profile cold-blooded murder of an unarmed black man by racist police. When will it stop? And what does our community do in response?

Oscar Grant, R.I.P. Could’ve been you, could’ve been me. Or our brothers or fathers. Hell, it could’ve been our wives, sisters and mothers too, especially when sexual assault is added to the list of offenses pigs perpetrate against us. I’ve been saying it for years. The police do not have our best interest at heart. I’ve also said for years that the only language America speaks and understands is violence as it relates to people of color and those on the lower rungs of the socioeconomic ladder. Maybe it’s time we speak back in a language they can understand.

I’ve seen the new efforts by the media to spin this story by attempting to create sympathy for Oscar’s killer. It won’t work… the brutality has gone on for too long. Even if the officer wasn’t racist in this case, the end result is still the same – another black man dead at the hands of the police. And I’ve heard the calls for calm after our brother’s murder and to stop the violence… and I disagree. That’s all we ever hear when we respond vocally to brutality perpetrated against us. It’s now time for people to be held responsible for their actions – physically. If an eye for an eye will make the the whole world blind, then I guess we’ll all be bumpin’ into sh**, ’cause this has to stop now. 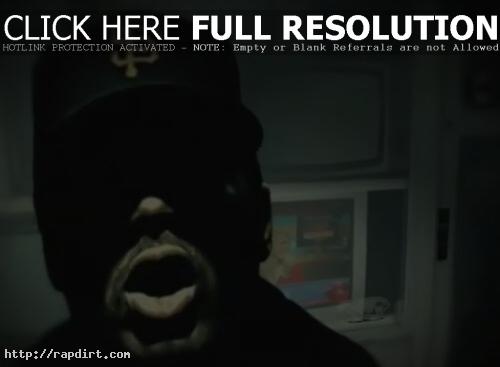 Paris is out with the video to his new single ‘Don’t Stop The Movement’, from the San Francisco, California rapper’s sixth album ‘Acid Reflex’, out now on Guerrilla Funk Recordings. Watch it via YouTube below.

In response to rumors flying around today, hiphopmusic.com posted the following: “Many of you probably heard the word going around that the rapper Paris had been killed yesterday, in a ‘home invasion.’ The original source was Sage Francis, who posted it on his message board. However word is now coming in from numerous sources that Paris doing just fine..” They added that the man who died was Coup member Tarus Jackson.

PlayaHata.com caught up with Paris and asked the political rapper what he thought about Bill O’Reilly of Fox News blasting rappers on his show. “They only pick on the indefensible, so it’s like shooting fish in a barrel,” Paris responded. “Of course, they exercise selective moral outrage. A rapper comes out with a record about raping his mom and they object. Well, sh**, who wouldn’t? I object to that bullsh** too, but I don’t necessarily blame the artists. Most of these motherfu**as don’t know too much about anything, and a lot of them–often grown men–talk about sh** that a 12-year old would be concerned with. My beef with conservative pundits is that they don’t openly criticize things that really matter, like corporate endorsement of the entertainment poison that afflicts us, or our out-of-control government and it’s racist, genocidal policies. I’ve never seen Bill get on rappers for endorsing black-on-black crime, or get on Fox (his parent company) for the negativity and immoral sh** they put forth as entertainment (‘Cops,’ ‘Paradise Hotel,’ etc.).” The interview at playahata.com has since been removed.

Although it’s not Paris’ next single, here’s another preview of the type of material fans can expect on the political rappers forthcoming album ‘Sonic Jihad’ – it’s entitled ‘Evil’ – and guerrillafunk.com is offering both the street and radio-safe versions. ‘Sonic Jihad’ is coming September 23rd.

Neil Strauss of the New York Times caught up with rapper Paris to talk about his controversial new album ‘Sonic Jihad’, which features a jet about to slam into the White House on the cover. “The reason I have that cover art is not to offend the families of the victims of 9/11 or anything like that,” Paris said. The intention, he said, was to create a dialogue. “Nobody has profited from the tragedy of 9/11 more than the U.S. government, the Bush administration, defense contractors and large corporations,” he continued. “So people can’t look at me and say I’m capitalizing on this horrible event. That’s not the case at all. In fact, I am using this as a means by which to reach people with the truth.”

Paris tells AllHipHop.com he’s planning to release his latest album, ‘Sonic Jihad’ on his own record label, Guerrilla Funk, and will sell it primarily on the Guerrillafunk.com website. “There are a lot of social issues that are discussed,” Paris said. “Don’t expect to see that in any store realistically in this political climate.” The controversial album’s artwork will feature an airliner super imposed to give the appearance that it is heading for a collision with the White House.

An Open Letter From Paris To Def Jam

Rapper Paris has posted an open letter to Def Jam. He states:

Peace, Hopefully this letter finds you all doing well. I’m writing you because you are all in definitive positions of power within what is arguably the most powerful hip-hop label in the world.

The recent untimely passing of Jam Master Jay is causing many in our communities to reflect on exactly where we are going as a collective. In this age where life often imitates art, it is no longer acceptable for culture-defining entities like Def Jam to claim that the material it endorses simply “reflects the tastes of the street.” This is definitely not the case, as the street usually emulates and embraces only what is presented to it. Without balance there can only be turmoil, and without exposure to the positive folks can’t want what they never know. Therefore, a blind ear can no longer be turned when it comes to making decisions that reflect the messages and imagery that will be infused into our communities.

END_OF_DOCUMENT_TOKEN_TO_BE_REPLACED

Paris Speaks Out Against The Patriot Act

Rapper Paris has returned to the scene and voiced out against the Patriot Act which he says has destroyed our 4th Amendment protections. The rapper also has a new sound available to download via MP3 called ‘What Would You Do?’ which has an interesting intro featuring President Bush. It’s the kind of thought provoking sh** you won’t find being played on MTV, BET, or radio. Check out more in Part 1; Part 2; Part 3; Part 4; Part 5; Part 6.