Live from The Corner Hotel in Richmond, Beat TV chat with Pharoahe Monch while on the Melbourne Leg of his Australian Tour. The rapper talked about the reception he gets in Australia, artists he’s feeling from Australia, the new album ‘We Are Renegades’ being “the hardest album I’ve ever worked on”, if he feels pressure to deliver new material, and more. Watch it via YouTube below.

Pharoahe Monch premiered his first visual from ‘W.A.R. (We Are Rengades)’, out March 22nd on Duck Down Records. In a 10-minute short film, Pharoahe evokes raw emotions as he brings viewers on a journey of a police raid gone dramatically wrong.
‘Clap (one day)’ is directed by Terence Nance. Original score by Lion’s Share Music Group. Starring Gbenga Akinnagbe (‘The Wire’), Kim Howard & Josiah Small. Fans who buy Pharoahe Monch’s ‘W.A.R.’ album from iTunes will receive the short-film with purchase. Watch it via YouTube below.

Last month Pharoahe Monch premiered his anti-police brutality anthem ‘Clap (One Day)’ to a sold out crowd at the Jazz Cafe in London, England. ‘Clap (One Day)’ is the new single from his upcoming album, ‘W.A.R. (We Are Renegades)’, to be released through W.A.R. Media and Duck Down in February 2011. This never seen before footage features Pharoahe performing the song alongside vocalists Showtyme and Mela Machinko, and DJ Boogie Blind.

Pharoahe explained the inspiration for the song; “Instead of protect and serve, police often escalate situations, as with the cases of Sean Bell, Oscar Grant, or Aiyana Stanley Jones, and hundreds more who fell victim to police violence. I wrote this song to express my frustration, as well as raise the question of how our communities can create safety and prevent violence, with out relying on police.”

The release of this footage coincided with yesterday’s National Day of Protest to Stop Police Brutality. This year is the 15th annual October 22nd, organized by communities around the country who commit to participating in local actions and events against police brutality, and work towards building community safety alternatives.

Pharoahe Monch was in the building on the Tim Westwood 1Xtra show in London, where the Queens rapper dropped a freestyle. Monch was making the appearance to promote his upcoming album ‘W.A.R. (We Are Renegades)’. Watch it via YouTube below.

Pharoahe Monch took to the London airwaves on Kiss 100’s Hip Hop Show on Sunday (October 3), hosted by Shortee Blitz and DJ MK, with a spontaneous live in-studio premiere performance of his new song titled ‘Clap’ – from Pharoahe’s forthcoming album ‘W.A.R.’ (We Are Renegades), due for release in 2011. Watch it via YouTube below.

Smirnoff In The Mix Party

Q-Tip, Pharoahe Monch, Talib Kweli attended the Smirnoff In The Mix Party on Friday (June 22) at Arena in New York City. Check out pictures from FilmMagic.

Pharoahe Monch is out with the video to his new single ‘Body Baby’, from the album ‘Desire’. Watch it below.

Great athletes oftentimes have their actions described as poetry in motion. A fitting description for emcee Amir Sulaiman’s work might be poetry in rhythm as he’s been creating his own unique brand of Hip-Hop since 1996. He debuted with the a capella album Cornerstore Folklore in 2001, following it up with Dead Man Walking, Broad Daylight and the just released Like A Thief In The Night. He’s appeared on Def Poetry Jam twice, once in 2004 and again in 2005, and was on the Breed Love Odyssey Tour last year with Mos Def, Talib Kweli, Pharoahe Monch and K-Naan. This week I caught up with Amir to talk about the development of his style, how his Muslim faith plays a role in his work, and what type of rappers he feels are a waste of time. For the full interview, visit adambernard.blogspot.com. 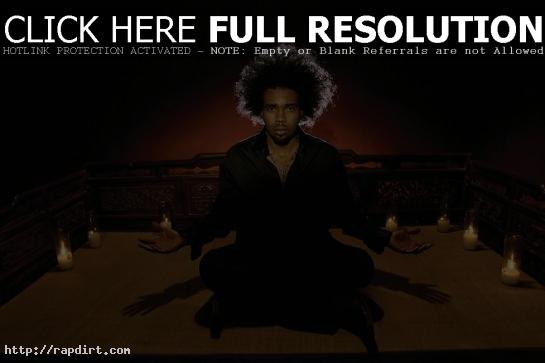 Pharoahe Monch checked in with fans in a video blog for his MySpace fans, discussing the video to ‘Body Baby’. Watch it below the fold. END_OF_DOCUMENT_TOKEN_TO_BE_REPLACED