Celph Titled & Buckwild are out with the music video to their new single ‘Mad Ammo’, featuring FT & RA The Rugged Man, off the hip hop duo’s collaborative album ‘Nineteen Ninety Now’, out now on No Sleep Recordings. Watch the Jed I. Rosenberg directed video via YouTube below. 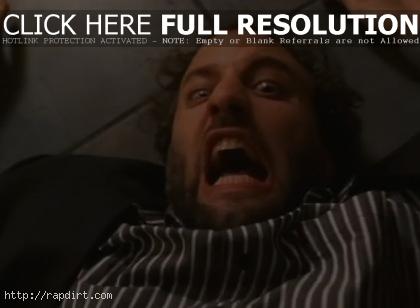 R.A. The Rugged Man is out with the video to his new single ‘Lessons’, off the Long Island rapper’s album ‘Die, Rugged Man, Die’, out now on Nature Sounds. Watch it via YouTube below.

RA: ‘Hip Hop Is Being Drained By White People’

Gil Kaufman of MTV News profiled white rappers in light of Eminem’s ‘Without Me’ track where he utters, “Hey, there’s a concept that works/ 20 million other white rappers emerge.” But other than Bubba Sparxxx and Kid Rock if you want to count him, the scene for white rappers is pretty non-existent. Long Island’s RA the Rugged Man commented, “There may not be [a lot of white rappers] now, but there will be. Back in the day, if you was a dope-ass rapper, black people gave you respect faster than white people, who didn’t think white boys should be rhyming. But hip-hop is being drained by white people. It’s becoming a white culture, and eventually black people will move on to some other sh**.” Read more.