50 Cent’s YouTube channel is featuring Saturday Cartoons Presents ‘Officer Ricky’ 3rd episode . The episode features Rick Ross with his police officer’s hat visiting a donut shop before heading to the scene of Chris Brown and Rihanna’s ‘Street Fighter’ themed domestic disturbance. Ross tracks down Brown’s Lamborghini and puts the cuffs on him. Ricky’s pal DJ Khaled is then seen watching 50’s new video before meeting up with Osama bin Laden. The video ends with 50 Cent threatening Rick Ross and subsequently sharing a jail cell with Chris Brown. Watch it below.

The most recent volley in Rick Ross and 50 Cent’s beef features Fiddy working out with fellow G-Unit members Lloyd Banks and Tony Yayo at the gym, hopping on top of each other to help 50 lift some weights before they head to the shower. There, 50 is shown hung like a pimple before the trio engage in a three way. The video prompted Yayo to tell audiotheft, “Yea, that was some homo sh** right there. Why the hell would he put that garbage out.” Watch ‘G-Unit 30 Minute Workout’ below.

Cartoon Mocks How Rick Ross Got Signed To Def Jam

Another Saturday Cartoon talking about how Rick Ross got signed to Def Jam has been posted at 50 Cent’s YouTube channel. The clip features 50 Cent, Rick Ross, DJ Khaled, and Jay-Z. Watch it via YouTube below.

Maino talked with ThisIs50.com about the beef between 50 Cent and Rick Ross. “I love it, it’s funny,” Maino said. “It’s very entertaining and I’m watching it…. This is what it is, everybody’s accountable for what they say and if you say something to another dude, better be sure that somebody else is gonna say something to counter that.” Maino added that Ross should own up if he used to be a corrections officer. “It is what it is,” he said. “What’s the sense of lying about it?” Watch the video below.

Thisis50.com’s Saturday Cartoons presents ‘Locked Up’ with Officer Ricky, featuring 50 Cent behind bars pleading with Rick Ross to get him out of jail. “You think you lost your shoe deal because of me,” 50 asks in the animated clip. “It’s because you a cop Rick. Nobody likes the fu**in cops Rick. It’s not my fault.” The video follows 50’s response to Ross with the diss track ‘Officer Ricky Go Ahead Try Me’, a response to the Miami MC’s ‘Mafia Music’ attack on 50 and the mother of his child. Watch the video and listen to ‘Officer Ricky’ below.

J-Money will be releasing his debut solo album ‘My Life, Check Me Out’ this March on 35*35 Entertainment. Last month he filmed a video for the first single ‘I’m Ballin’, featuring Rick Ross. Imeem had the exclusive behind-the-scenes photos from the video shoot last week in South Beach (the site has since been bought out by MySpace). The official video will be released on January 19th.

Watch behind the scenes footage from the shoot below. 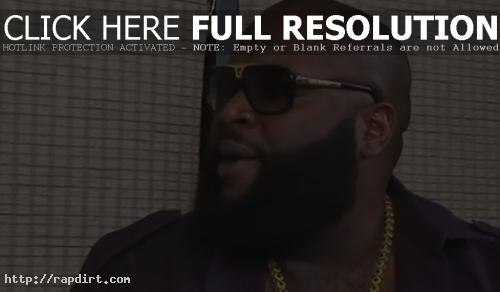 Rick Ross spoke with Kevin Tate in an exclusive interview with TRUE Magazine and Ed Magik TV at Def Jam Recordings, in Hollywood, California. The Miami rapper discussed his $250,000 piece, talk of a beef with 50 Cent – which got him quite animated with Tate, he got even more pissed off when asked about west coast hip hop. After plugging himself and various projects, the guy behind the camera asked when he could consider it’s enough hustling, prompting Ross so lecture about never being content. “When I ride around these streets I think about Tupac and Biggie,” Ross said, “and how they lost their life in the game, and how I gotta make sure I’m not a statistic. I’d rather do life on the chain gang before you ni**as bury me.” Watch the interview via YouTube below. 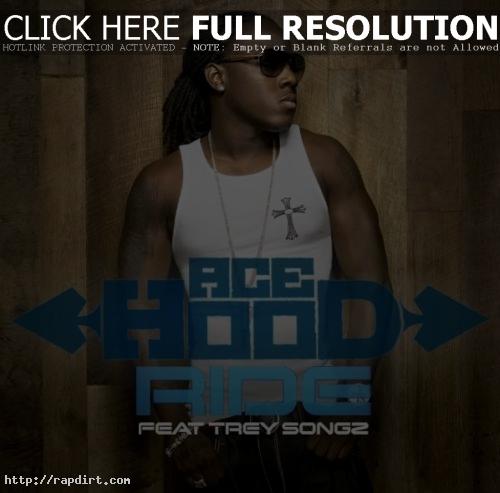 Ace Hood is out with the video to the remix of his new single ‘Ride’, featuring Trey Songz, Rick Ross and Juelz Santana, off the Deerfield Beach, Florida rapper’s debut album ‘Gutta’, out November 18th via We The Best Music. Watch it below.

The Young Turks posted a parody of Rick Ross in wake of speculation that the Miami rapper used to be a prison guard. Watch ‘Everyday I’m Cuffin ‘Em’ via YouTube below.

Rick Ross spoke with MTV News about speculation of his past as a security guard, refusing to go down that road. “Anytime a rumor comes up like, ‘Is Ross is getting married?’ I don’t address it, because that’s my life,” he said Thursday in Atlanta. “At the same time, if it’s some haterism going on, I’m most definitely not gonna entertain it, because it’s not trill. I define trill as being successful, doing you, being creative, living your life. My music is very sincere to me.” The Miami rapper also discussed his third album ‘Deeper Than Rap’. Watch the interview below.