Sean Price is out with the music video to his new single ‘Untitled’, released on Duck Down. Watch the Myster DL directed video below.

The Brooklyn, New York rapper checked in with his Twitter followers (@SeanMandela) with an update on his ‘Mic Tyson’ project, revealing that the material he’s recorded may not be released. Sean writes:

Sean Price is out with the music video to his new single ‘Shut The Fu** Up’, off the Brooklyn rapper’s third album ‘Mic Tyson’. Watch the JohnJonTV directed video via YouTube below.

Sean Price (Ruck) is out with the video to his new single ‘Duck Down’, track off the Heltah Skeltah member’s ‘Kimbo Price mix CD, out now on Duck Down Records. Watch the Court Dunn directed video via YouTube below.

‘Everything Is Heltah Skeltah’ Video Making Of 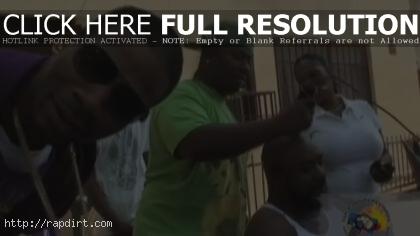 Go behind the scenes with Sean Price, Rock, Rik Cordero and the Duck Down Record’s Family as they film the Heltah Skeltah video for ‘Everything Is Heltah Skeltah’. The track is off the Brooklyn hip hop duo’s third album ‘D.I.R.T.’, out now. Watch it below.

Sean Price ‘Mess You Made’ Video

Sean Price is out with the video to his new single ‘Mess You Made’, from the album ‘Jesus Price Supastar’. Watch it via YouTube below.

Sean Price – Protector Of The Nerds?

From Heltah Skeltah to Boot Camp Clik to 2005’s critically acclaimed “Monkey Barz”, Sean Price has made a name for himself in Hip-Hop over the past decade plus. On January 30th he’s releasing another solo effort, “Jesus Price Superstar.” In anticipation of this album dropping we caught up with Sean Price to discuss “Jesus Price Superstar”, how and why his style has changed over the years, and why he once considered himself “protector of the nerds.” For the full interview, visit RapReviews.com.

Sean Price is out with the video to his new single ‘Boom Bye Yeah’, off the American rapper’s debut album ‘Monkey Barz’, released on Duck Down. Watch it via YouTube below.