Thisis50.com’s Jack Thriller recently sat down with Shawty Lo. The rapper discussed about his new situation, new cologne, his new mixtape ‘Bowen Homes Carlos’, what people would be surprised to know about him, his upbringing, leeches and more. Watch it via YouTube below.

Shawty Lo visited DJ Scream on Hoodrich Radio the other night. The rapper discussed his remix with Birdman, becoming a free agent soon, his troubled life before rap, his thoughts on how President Obama is doing, and more. “Basically I’m from the street I never knock a hustler on how they eat,” Shawty said when asked about the younger crop of rappers. “So I congratulate anybody however they make their money. You know, you gotta eat man some kinda way.” Watch the interview via YouTube below.

DJ Scream is out with the video to his new song ‘On My Grind’, featuring Shawty Lo and Cosa Nostra. Watch the BJ Hustle directed video via YouTube below.

Footage of Dem Get-A-Way Boyz performing the ‘Imma G’ remix featuring Shawty Lo and Mr. Bentley from an April 5th show has been posted online. Watch it via YouTube below.

A fight broke out during Shawty Lo’s show at Club Crucial in Atlanta, Georgia, ironically while the rapper was performing ‘Feels Good To Be Here’. The T.I. owned venue was the site of Shawty Lo himself getting jumped last year. Watch it via YouTube below.

T.I. Talks About Why He Ended The Shawty Lo Feud

T.I. tells MTV that his move last week to invite Shawty Lo on stage last week shouldn’t have been the big deal the media made it out to be, despite the tension between the two camps that boiled over into a brawl at last year’s Dirty Awards. “That word ‘beef’ is used too loosely, to me. ‘Beef’ is kind of like ‘swag.’ People just throwin’ that word around,” T.I. told Sway. “To me, man, if I don’t mean you no harm, we can’t be beefin’. If I see you, and I don’t attack you, it ain’t no beef, and vice versa. Everything else is just entertainment to me.” Watch his comments below.

Scream TV #20 features Shawty Lo live in Los Angeles on Grammy weekend. The rapper is first seen at LAX Airport, posing with some female fans, heading next to his hotel before a gig at Club Copacabana in Long Beach. The rapper then made a visit to the Hollywood Walk of Fame. Watch the video via YouTube below. 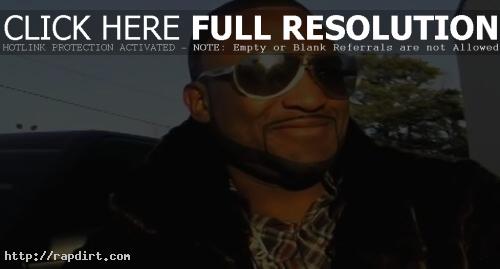 Shawty Lo gave back to the kids during the holidays, and highlights of his charitable efforts in Atlanta’s Bankhead area were captured by Kingsmen. Watch it via YouTube below.

Insite Atlanta spoke with Shawty Lo in a Q&A, asking the D4L rapper about his move to fight diabetes pubicly and if the ailment might hurt his tough guy image. “I don’t worry about it hurting my image ‘cuz I’m real,” he responded. “If a grown man crying, that don’t mean he ain’t real. I’m real. That’s why people love me so much ‘cuz I don’t try to pretend this or pretend to do that. What I do is what I do. If I do [the diabetes walk], that don’t make me less than a gangsta. They can check my whole background. What I talk about I’ve really lived. I’m makin’ a negative into a positive. People follow me for some strange reason. When I was incarcerated, older men told me that it was something about me: ‘If you were to go to church, everybody would go to church.’ He said I was that type of person to make people change and make stuff happen.” Read more.

Shawty Lo On Living With Diabetes

Shawty Lo checked in with fans on his blog at MySpace (@therealshawtylo) on Tuesday (September 9), sharing his story about being diagnosed with diabetes in 2001. The D4L rapper writes:

It was crazy when I first found out. I was doing a lot of urinating, having to go to the bathroom like every 20 minutes. I remember one night lying in bed and it was like I was having an out of body experience; I could see myself sleeping. When I first went to the hospital, the doctors said I could have been, was supposed to be like in a coma because my blood sugar was so high – over 1600. They couldn’t believe it was that high, saying most people would either be dead or in a coma. It seemed like I could barely walk, like I weighed 300 pounds. All this had gone on for about a week before I went to the hospital. When they checked me in, that’s when they found out, I was diabetic. I didn’t take it seriously at first. It took me having to go to the hospital 2 or 3 times before it really sunk in. I was in denial. I just didn’t want to accept that I had diabetes, but my family really clamped down on me.