Stat Quo is out with the video to his new single ‘Ghetto USA’, off the Atlanta, Georgia rapper’s forthcoming album ‘Ghetto USA’. Watch it via YouTube below.

Stat Quo posted the following bulletin to his Myspace friends on Monday (September 17): “I Just posted a new song called ‘That’s My Dawg’ aka ‘We Get Higher Pt. 2’. Let me know what you think!” Check it out at myspace.com/statquo.

Eminem’s The Re-Up hit stores last week and of the artists that was featured most prominently was Stat Quo. The Atlanta MC has been signed to Shady / Aftermath for quite a while, but this is the first time a national audience has had the chance to sample his music. Stat is clearly next in line in the Shady / Aftermath lineup, which is why we sat down with him to talk about the time he’s taken to release his work, how he differs from other southern artists, and if we’ll ever hear Dr. Dre’s Detox album. For the full interview visit RapReviews.com. 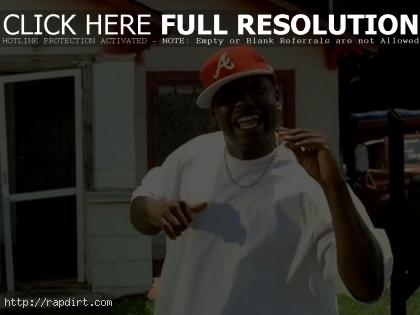 Stat Quo is out with the video to his new single ‘Like Dat’, released on Interscope Records. Watch it via YouTube below.

Shady/Aftermath’s newest recruit, Stat Quo, is the latest edition to the circle of emcees who have been dominating album charts for the past few years. And with Stat receiving Dre and Eminem’s stamp of approval, the pressure that he is enduring must be unbearable. But Stat is seeing it in a whole different way and puts his own expectations on his music. The full article at ballerstatus.net has since been removed or relocated.

Rumors have been circling the net the last few days stating Stat has signed with Dr. Dre’s Aftermath Entertainment. The rumors are true, Stat has signed into joint venture between Eminem’s Shady Records and Dr. Dre’s Aftermath Entertainment choosing over such labels as Def Jam and So So Def amongst others. The full article at ballerstatus.net has since been removed or relocated.

Stat Quo Has Got One Of The Most Unique Flows

Underground Atlanta Mixtape Vol 2 is the second mixtape put out from this underground emcee on the brink of becoming a major factor in the hip hop industry. Stat Quo is his name, he is currently working with hip hop legend Dr Dre recording and hopefully becoming part of the Aftermath family, but this is not set in stone yet. The article at ballerstatus.net has since been removed.