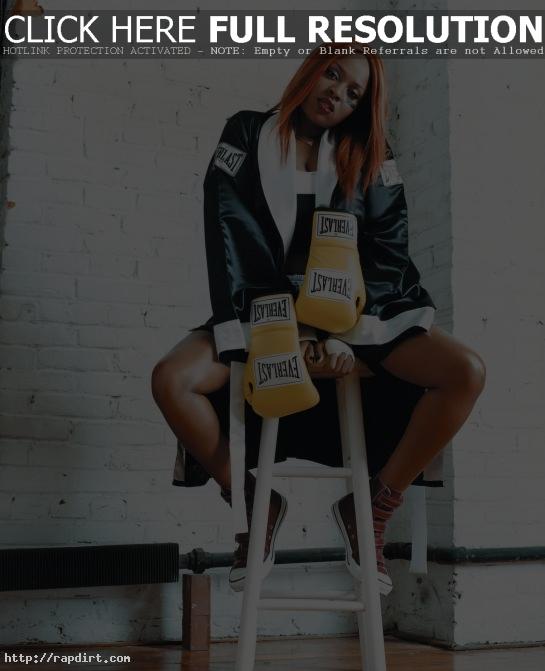 Ms. Jade and Timbaland will take part in an online chat on USA Today’s website at 5:30 p.m. ET later today. The pair will be hyping up Ms. Jade’s upcoming debut album, ‘Girl Interrupted’. Check it all out here.

It’s Tempting To Dismiss ‘All About The Money’ Timbaland

Randall Roberts of Cleveland Scene gave his thoughts on top rap producers Timbaland and Organized Noize and their importance to rap radio. Roberts said of Timbaland, “Because of his ubiquity, it’s tempting to dismiss Timbaland. His sounds are funny, he’s all about the money, and he pimps his wares everywhere… but track down some of the 12-inches, most of which contain instrumental versions of the songs, and you can hear the music untainted by mediocre rappers.”

Randall Roberts of The Dallas Observer profiled Timbaland whom he admits, “It’s tempting to dismiss Timbaland. His sounds are funny, he’s all about the money, and he pimps his wares everywhere. He doesn’t seem to care whether the rappers who use his tracks are any good or whether their message is interesting.”

Billboard talked to Timbaland about the frustrations he has over Blackground/Virgin sitting on his & Magoo’s sophomore project, “Indecent Proposal,” so long before we finally see its release on November 20. Timbaland says, “I turned [the album] in a year-and-a-half ago, and it’s just [now] coming out. And now we’re in a recession — it doesn’t make sense.”

Timbaland talked to Launch.com about his upcoming album with Magoo, titled Indecent Proposal, scheduled to be released November 20, saying it will be his last. Tim says, “I cannot do another Tim/Magoo album, not because of Magoo, because of me. I’m a grown man. I’m like 29. But I ain’t gonna be 34, 35 years old singing to 12-year-olds, and talking about all this stuff, screwing and humping, talking about this girl is strippin’ and that girl strippin’.”

Timbaland And Dr. Dre To Mix It Up?

MTV talked to Timbaland where the producer revealed he’s been talking to Dr. Dre about doing a “Dr. Dre/Timbaland album.” Timbaland says, “Dre has kept it under wraps, I kept it under wraps. He was going to get a couple of other [producers] like [Jermaine Dupri], but I really think it should be me and him. We’ve been talking about it for the last two months. We’ll pick artists we feel like we should do the beats for and put it out and promote it.”