Travis “Travie” McCoy and Bruno Mars performed a live acoustic version of ‘Billionaire’ from the Gym Class Heroes frontman’s upcoming album, ‘Lazarus’, out June 8th on Decaydance / Fueled By Ramen. Watch it via YouTube below. 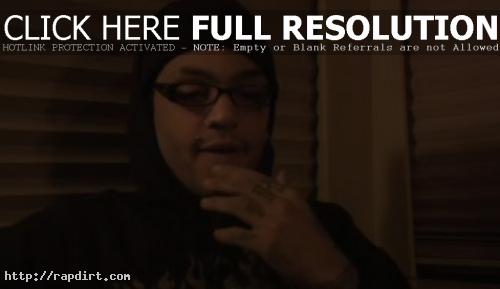 Travis McCoy from Gym Class Heroes picked his Top 10 Albums of 2007 on MySpace TV for their Year In Music 2007 feature. The alternative hip-hop group’s vocalist picked Arctic Monkeys’ ‘Favorite Worst Nightmare’ at #10, while Kanye West’s ‘Graduation’ came in at #9, and Everytime I Die was at #8 with ‘In Defense Of The Genre’. Travis also had to include his Fall Out Boy buddies in the list with ‘Infinity On High’ at #4. Watch McCoy name off the entire list and see his top picks below.

Gym Class Heroes vocalist Travis McCoy and Penthouse Pet Justine Joli were on hand for McCoy’s birthday party at Angels and Kings on Saturday (August 18) in New York City. Check out pictures from GettyImages and WireImage.