The Away Team ‘Scars & Stripes’ Album Cover And Track Listing 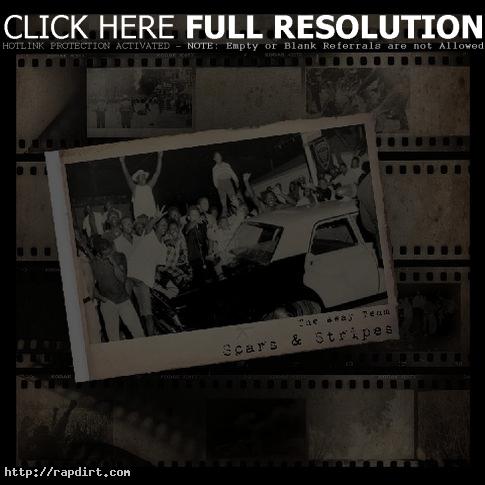 The Away Team (Emcee Sean Boog and producer Khrysis) are set to release their new album ‘Scars & Stripes’ on October 11th through Jamla / It’s A Wonderful World Music Group / Duck Down Music.

The cover of the album depicts a photo from the 1965 Watts Riot, a large-scale riot which lasted 6 days in the Watts neighborhood of Los Angeles, California.

The Away Team feel that “during the Watts riots of 1965, racial tension was at an all-time high, due to Desegregation and Police Brutality. The riots were a direct reflection of an angered society. This, however, placed a ‘Scar’ on American history. The riots, although violent and fatal, was a necessary turn of events in order to get where we are as a society today. We observe those monumental events in our country’s history and relate them to hip hop and the changes it has made worldwide. Through our music, we use our own ‘scars’ we’ve endured as a group, and as individuals, to show our growth and transformation, and how we’ve earned our ‘Stripes’.”