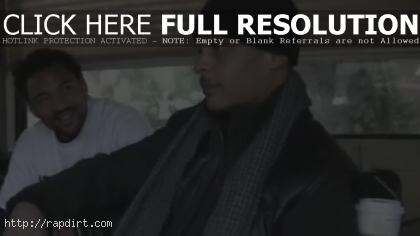 T.I. documented his trip to the voting booth in Atlanta, Georgia. Because of his legal status, the rapper didn’t think he could vote, but he learned that even if you’re a convincted felon, as long as you’re not serving a sentence currently, you can vote. Since T.I. is awaiting sentencing, he can vote. At the voting booth, he was greeted by reporters. After voting, T.I. said he felt “great, outstanding. You know I felt like I’ve taken advantage of my right to become part of the democracy. I feel like it was definitely worth getting up early in the morning. Worth standing in line. It’s worth doing all the things people complain about doing when they talk about voting.” Watch the footage below.