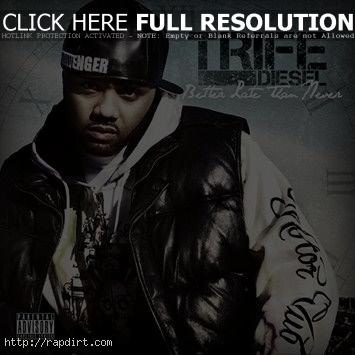 Trife Diesel (a.k.a. Trife Da God) is out with his new album ‘Better Late Than Never’ today. The album features an all-star lineup of veteran hip-hop artists ranging from Ghostface Killah to Royce Da 5’9″.

To promote his new album, Trife will be embarking on a national tour with Redman, Method Man, and Ghostface Killah. The tour kicks off Wednesday (July 22) in Ashville, North Carolina and concludes on August 16th in San Francisco, California. See tour dates below:

One thought on “Trife Diesel Releases ‘Better Late Than Never’”