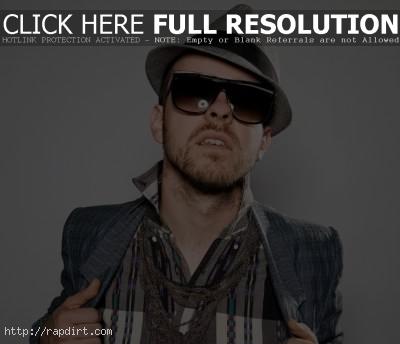 Wallpaper. and Boardwalk Records have partnered with MTV and Extreme’s Hype Music, a hybrid music licensing partnership that incubates, nurtures and introduces new artists. MTV and Extreme Music are the production music arm of Sony/ATV.

“MTV’s commitment to showcasing the best emerging artists continues with Wallpaper. coming aboard as the newest member of the Hype roster,” said Joe Cuello, Senior Vice President of Creative Music Integration for MTV. “His breakthrough song and video ‘#STUPiDFACEDD’ debuted on mtvU and he will be premiering new music as the Featured Artist on the upcoming season of Jersey Shore.”

“Wallpaper. boils it down, takes no prisoners and is poppier than space dust,” said Russell Emanuel, Extreme Music CEO/President. “This is a truly an amazing addition for HYPE.”

The newfound consortium will release the ‘#STUPiDFACEDD’ EP on July 26th. Wallpaper. will drop his full-length later this year via Boardwalk Records. “Wallpaper exemplifies the true artistry and musical innovation that Boardwalk aims to nurture and be in business with,” says Evan Bogart of Boardwalk Records. “We couldn’t be more thrilled to partner up with the groundbreaking Hype Music for our flagship release.”