Watching ‘Notorious’ Was Hard For Diddy 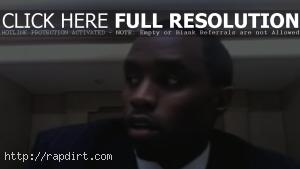 Sean ‘Diddy’ Combs gives his thoughts on the new movie ‘Notorious’ while on the set of ‘CSI: Miami’. “I’m not gonna lie, it was extremely difficult for me, just watching, having to relive that all over again,” the Bad Boy boss said after attending the film’s premiere. “It’s probably one of the most traumatic experiences in my life. This man that was so special to me, to all of us, to his mother, to his children, to his girlfriends, to his friends, his fans, and for me personally… it hurts, it really hurts.” Watch his comments below.