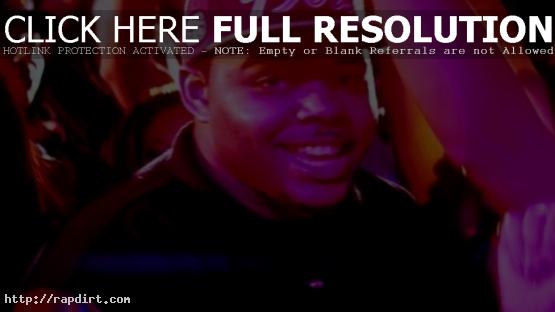 San Francisco rapper LoveRance is out with the music video to his new single ‘UP!’, featuring 50 Cent, out now on Interscope Records. Watch the Taj directed video via Vevo below.

“There’s really only one leader in that actual category, 5 Hour Energy Drink,” 50 said about entering that energy drink category with Street King. “To go into that category for me is exciting, and I feel like we’ve very fast become a competitor. I look at it and say to myself that this kind of project will be – it’s a different demographic. 5 Hour Energy is for an older demographic when your college student who has been up all night partying who has to go to school tomorrow may actually want Street King.”

Watch the interview below. 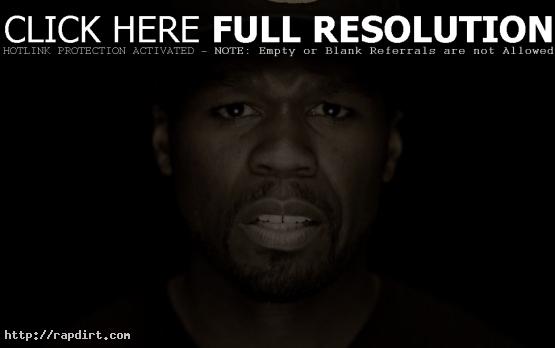 50 Cent is launching his new energy shot, Street King. The G-Unit mainman’s goal is to provide 1 billion meals over the next five years. With every shot purchased, a meal is provided for a child in need.

“Guys this is crazy,” 50 says in a video talking about the project. “I grew up without money, but I didn’t grow up hungry. What’s going on in this world is out of control. I mean there’s so many people suffering from hunger. I mean dying from hunger every day. I went to Africa, and the devastation I witnessed changed me forever.”

Watch the message below and sign up at streetking.com to support the cause. 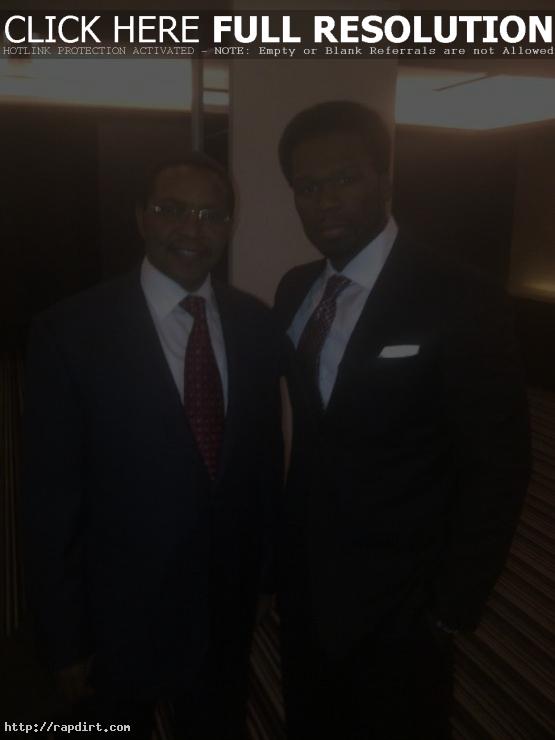 50 Cent checked in with his Twitter followers (@50cent) after attending the Every Woman, Every Child Millennium Development Goals reception hosted by the United Nations on Tuesday in New York City. The G-Unit mainman, sporting an Afro in a picture with Tanzanian President Jakaya Kikwete he posted taken from the event, writes:

While the stock market was performing well on Tuesday, H & H Imports, Inc., the company that 50 Cent has a major investment in was clobbered, dropping from $0.32 to $0.17, or nearly 50%. The hip hop mogul issued a benign press release Tuesday morning announcing a definitive agreement for TV Goods to exclusively produce and distribute a direct response television infomercial to globally market the “50 Cent” headphones. The stock has made a round trip to the level it was when 50’s involvement with the company was first announced and the G-Unit mainman hyped the stock on Twitter, rocketing up to more than a dollar in late February before crashing down to today’s levels.

“I am glad that we have finalized the TV Goods deal, so I can now focus my energy on finalizing the product and getting it to market ASAP,” 50 said in the release. “TV Goods will enhance my marketing strategy with television and the internet and I plan to also promote the product in music videos, TV, radio, through social networking, and movies.”

50 Cent dropped a new freestyle called ‘Dial 911’ at his YouTube channel. “I cut clean through your face – See your teeth through your cheek – Seconds before you start to leak all over the street,” Fiddy raps on the track. Listen via YouTube below.

Thisis50.com follows 50 Cent to the premiere of ‘Things Fall Apart’ at the Miami International Film Festival. “The music in the actual project, it’s a lot of original music,” 50 said during the film’s press conference. “I tried to keep it not so much the traditional sound, because I didn’t want the audience to thinking of me as an actor/rapper. So the music is a lot different. It has a totally different energy from my traditional records.” The G-Unit mainman was also joined by Hot Rod and Lea in a performance of ‘Dance With Me’ in Miami to end the footage. Watch the video via YouTube below.

Ciara had an apparent war of Tweets with rumored ex 50 Cent on Twitter hours ago, upset with the G-Unit mainman calling everyone “bitch” in his messages on the micro blogging service. Ciara has just under 1 million followers, while Fiddy has just under 4 million. If the pair did follow each other, as of now they don’t.

Ciara: The things people tweet say a lot about their character, pay attention!

50 Cent: Yea I tweet things that reflect my character bitch. I have a sense of humor get one (lol). That’s why you’re 3 mill followers behind me

Ciara: ooohh, tell em why u mad b!

50 Cent was at CES to present his new line of headphones Sleek By 50 Cent. “I took the time and made sure I secured myself before releasing the product to the general public it might be matched up against Beats By Dre,” 50 explained during the press conference to introduce the new product. “I knew that immediately that they would make those comparisons and I made sure I secured myself by having something that wasn’t actually in the marketplace. It’s exciting, new and innovative.” Watch the press conference via YouTube below.