8 Ball & MJG are out with the video to their new single ‘Forever’, featuring Lloyd. Watch it via AOL below.

One of the only Southern acts signed to Bad Boy Records right now, have been grinding from day one. 8 Ball and MJG’s Bad Boy Records debut Living Legends is next up from the 10-year-strong Bad Boy camp. The full article at ballerstatus.net has since been removed or relocated. 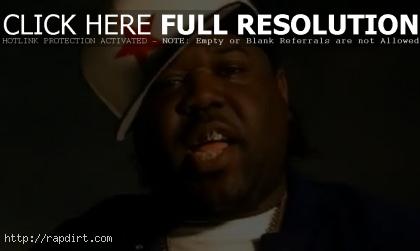 8 Ball and MJG have teamed up for the upcoming album ‘Living Legends’, due May 11th. Watch their first video from the disc, ‘You Don’t Want Drama/Don’t Make’ featuring Sean ‘P. Diddy’ Combs below.

Launch.com spoke with 8Ball & MJG on the pair’s decision to sign with Sean ‘P. Diddy’ Combs’ Bad Boy label after leaving JCOR records when the label folded earlier this year. 8Ball said, “There’s freedom. I didn’t want to feel like I was under an umbrella. I want to be somewhere and be the top sh-t where I’m at. And I feel like we are the top sh-t at Bad Boy.”

JCOR put out a press release today to announce the upcoming new 8Ball Album, ‘Almost Famous’, due out November 20. Limp Bizkit frontman Fred Durst directed the rapper’s first video of the album, ‘Stop Playin’ Games’. Durst said of working with 8Ball, “I became good friends with 8Ball, and he asked me to do his video, and I said I’d love to do it. He’s got this real raw style.”

The album also features appearances by Sean Puffy Combs to which 8Ball gushed, “Me and Puff have this chemistry; I can’t even explain it. It’s like we just know how to make good music together, and he’s one of the cats I really respect.”