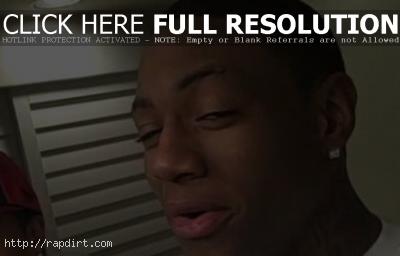 Arab got revenge from his previous trip to Tokyo with Soulja Boy, locking JBar outside on the balcony in Los Angeles as Soulja Boy recorded the hijinx. In order to come back in, JBar had to do the ‘Crank That’ dance. Given what happened to DJ SouthanBred, when Soulja Boy allowed JBar back inside after completing the dance, there was no effort to exact any revenge on his meal ticket. Watch footage below.

Soulja Boy introduced his S.O.D. Money Gang buddy Arab, who showed off his moonwalk skills, in a video clip at the rapper’s YouTube channel. Watch it below.

Soulja Boy Talks With Arab About His Debut Album

Soulja Boy interviewed his sidekick Arab, who talked about plans to release is debut album early next year on S.O.D. Money Gang Entertainment. “It’s not really pressure,” Arab said about following up Soulja Boy. “That’s my boy. We’re not really competing against each other. I’m just trying to make us some more money. I could sell this much, I could sell that much, but at the end of the day I’m trying, I’m working. I’m not competing against Soulja Boy I’m just trying to make mine.” Watch the interview via YouTube below.

Soulja Boy posted some footage of his sidekick Arab whipping around his dreads. Watch the brief clip via YouTube below.

Soulja Boy checked in on his YouTube channel, dropping another freestyle for 500k more MySpace visitors. Watch ‘Swag’, featuring Arab and JBar, below.

Soulja Boy posted another freestyle on his YouTube channel after getting another 500k MySpace views. Watch the clip, where the rapper is joined by Jbar, Arab, and Q, below. 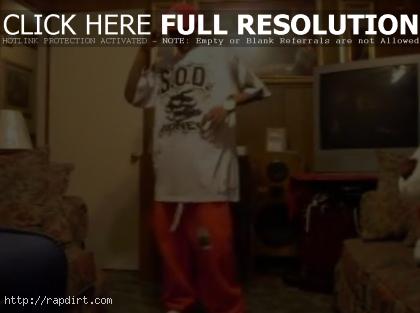 Soulja Boy and Arab checked in to do the ‘My Dougie’ dance in someone’s living room. Watch it via YouTube below.

The Soulja Boy pile on continues, this time with a Lima, Ohio group going after the rapper and his crew Arab and Cash Camp. A blog posting at the group’s MySpace explained that they were dissing Soulja Boy because “he stole our song ‘Swag’ changed da beat up a lil did a lil gay dance for it and den lied about the sh**.” As for Arab, they say “he [roll] wit dat bitch Soulja Boy and did that gay ass dance wit him.” And finally with Cash Camp because “real talk we ain’t have nutten against them but my girl I [know] in Atlanta said Arab hit her up like ‘Me, Dre and Cash Camp bout to do a dance diss on these ni**as’, so dats the reason they had to get it.” Listen to the diss track below.